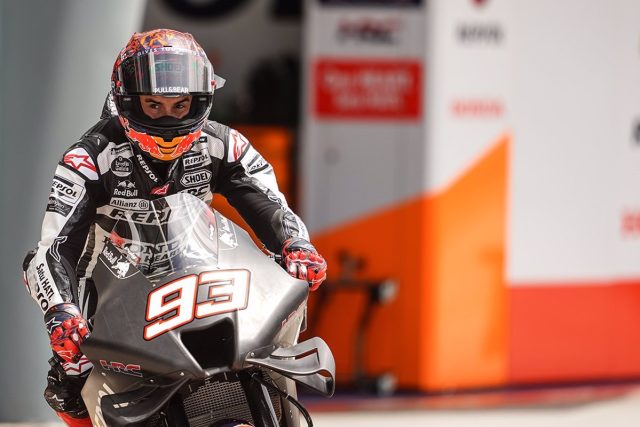 The Spanish MotoGP rider Marc Márquez (Repsol Honda) has assured that he has lived a “long and hard” first day of testing in Sepang and has confessed that, after suffering two falls without physical consequences, he still has to “understand many things” the new bike and know where the “limits” are.

“Getting back on the track after everything we’ve experienced has been very rewarding, but it’s been a long and hard day. I feel good with the bike and, above all, it’s been a normal day after a long time,” he said in statements provided by your team.

In addition, the one from Cervera stated that this Saturday “there has been everything” on the Malaysian track. “I have been fast but I have made small mistakes. The new bike is better, but we still have to understand many things because it is a very big change. I have to understand the limits, that is what the preseason is for. Tomorrow it will be important to do a longer stint to continue learning and understanding,” he stressed.

Read:  Marc Márquez: "The current conditions are not to destroy and not even for podium"

For his part, his teammate, Pol Espargaró, acknowledged that he feels “very good to drive again.” “It’s amazing to see the effort from the team, not only bringing two new bikes for the factory riders, but four bikes for all the Honda riders. This is going to help us a lot,” he said.

However, the man from Granollers insisted that they have a lot of “work to do” in the five days of pre-season testing. “We have had a good first day with the new bike, but the best is yet to come and I hope that tomorrow we can continue to improve and show our potential. I have spent the day working on details and not chasing a fast time, as today we have tested many things. Tomorrow we will look for a better time in one lap”, he concluded.

Read:  The guard of 'Il Dottore' Rossi ends and his legend begins