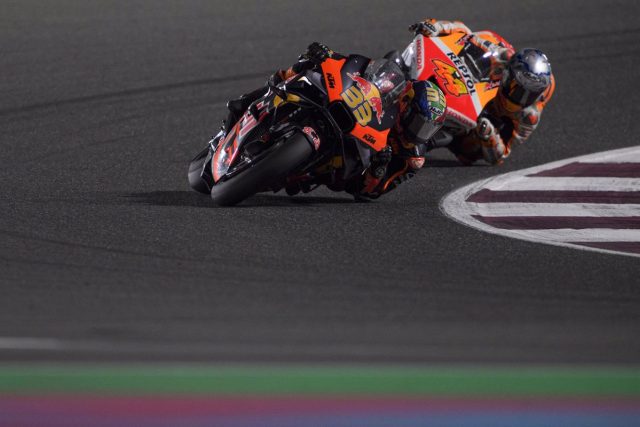 The Motorcycle World Championship will land this weekend in one of its two new events for the 2022 season, the Mandalika Circuit, the scene of an Indonesian Grand Prix to which Marc Márquez and, above all, Pol Espargaró, arrive with good hopes in the MotoGP category.

The championship started a couple of weeks ago with its traditional night event in Lusail, in Qatar, and already left the first surprise in the ‘queen’ category with a rather unexpected podium led by the Italian Enea Bastianini (Ducati), who debuted his World Cup record in MotoGP.

After ‘The Beast’, the first leader of the season, were the KTM of the South African Brad Binder and the Repsol Honda motorcycle of Pol Espargaró who extended his good feelings from the preseason to his second podium with the brand of the golden wing, happy also to see a hopeful start from Márquez, fifth, but without great pain in his arm and looking to find his best sensations with the front end of his bike.

Usually, the start of the season tends to throw some uncertainty until landing in Europe, but Qatar did show that there may again be more candidates for victories and podium than the traditional ones, and that Yamaha does not seem to be at the desired level for the Frenchman Fabio Quartararo can fight for the moment in the best conditions.

Ducati had mixed feelings because despite the victory of Bastianini and the ‘pole’ of Jorge Martín, the two official bikes of Francesco Bagnaia and Jack Miller added ‘0’s that should compensate as soon as possible, while Suzuki did not perform as expected with a sixth by Joan Mir and the seventh by Álex Rins.

Now, everyone has to make a clean slate on a half-new track, since they know it because they had three days of pre-season testing a few weeks ago, although that will surely not prevent the range of candidates from being opened again. In addition, the conditions will be very different from Qatar, with high humidity and heat, and the possibility of rain throughout the weekend.

At the moment, optimism is growing at Repsol Honda for this event, especially because Pol Espargaró scored at a good level in testing and will start this Friday at the Lombok track after setting the fastest time in February with 1:31:060 , while his partner was ninth at almost half a second.

After the one in Granollers, just 14 thousandths away, a Quartararo was positioned who hopes that with that base he can be better than in Lusail, where he could only be ninth, and the best Ducati was that of the Italian Luca Marini, more than two tenths . Aleix Espargaró, fourth in Qatar, also shone in the tests and hopes to be with the Aprilia in that list of candidates.

MOTO3 AND MOTO2, WITHOUT PRIOR BASE

Only the riders in the MotoGP category know the Indonesian circuit, which will be a novelty for the Moto3 and Moto2 grids, which will have more work to adapt to find the best set-up for their mounts.

For now, the Italians Andrea Migno (Honda) and Celestino Vietti (Kalex) will arrive at Mandalika as leaders, winners of the first race of the season ahead of the Spaniards Sergio García Dols (GasGas) and Arón Canet (Kalex), the only who were able to get on the podium.

The rider from Castellón was second in Moto3 a breath away from Migno, a good result to strengthen his candidacy for the title in a campaign that did not start well for another of the options like Jaume Masiá (Honda), who could not finish the Grand Prix .

For his part, in Moto2, the best news came from the ‘veteran’ Arón Canet, while the young Pedro Acosta (Kalex), Moto3 world champion, could not confirm the sensations offered in the preseason and could only be ninth at its premiere.

Alberto Puig: “We know where we have to improve”