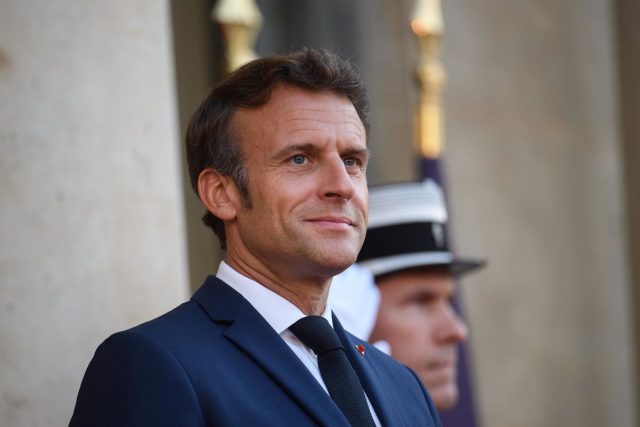 Latest news on the war confronting Russia and Ukraine.

The President of France, Emmanuel Macron, has advocated this Thursday from the Elysee Palace for the continuation of dialogue with Russia after negotiations have been paralyzed following the meeting last March between the parties in Istanbul.

“Who wants Turkey to be the only power in the world that continues to talk with Russia?”, he has pointed out, adding that it is necessary “to assume that it is possible to talk with everyone, especially with those with whom we do not agree”, as picked up by the French broadcaster France Info.

Macron, who in recent months has spoken on several occasions with Russian President Vladimir Putin to try to put an end to the Ukrainian conflict, has not closed the door to try again. Those contacts have always been in coordination with the Ukrainian president, Volodimir Zelenski, and also with EU partners and allies.

Read:  Trump asks to delay his deposition in defamation case of journalist who accused him of sexual assault

The French president last spoke with his Russian counterpart on August 19, the first conversation between the two leaders since May 28, when they held a three-way phone call with the participation of German Chancellor Olaf Scholz.

In fact, Macron and Putin discussed during their last call in August the acceleration of the arrangements for a visit of a mission of experts from the International Atomic Energy Agency (IAEA) to Ukraine, which has arrived precisely this Thursday to assess the impact of the fighting around Zaporiyia.

The last direct contact between Russia and Ukraine took place in the Turkish city of Istanbul at the end of March during a round of negotiations to try to end the war. However, the talks have stalled to this day.

Kiev has signaled that it will not negotiate until Moscow pulls all of its troops off Ukrainian soil. The Ukrainian government considers it impossible to turn back “given the war crimes committed by Russia in Ukraine.”