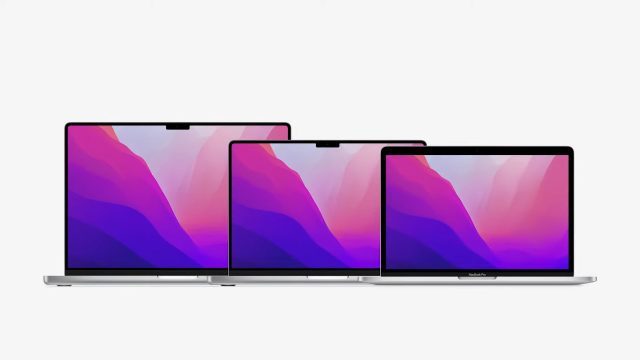 2022 seems to be the year in which Apple will launch the second generation of proprietary Apple Silicon processors. The first chip in this new product line will be the M2, a new high-performance chipset dedicated to the company’s core computers. It seems that a new MacBook Pro will be launched this year with M2 processor, along with three other Macs with similar performance, in various formats. What we don’t know yet is when they will be released.

The MacBook Pro with the M2 processor will be an entry-level model, similar to the iPhone SE

The first computers with Apple Silicon M1 processor were launched at the end of 2020. These were MacBook Pro with 13 ”screen, MacBook Air and Mac Mini. A few months later, these models were joined by the new iMac, with a similar configuration. These four devices will also be the ones that will be refreshed in 2022 with the new processor. However, despite the fact that Apple has introduced a number of new technologies on MacBook Pro models with M1 Pro and M1 Max processors, they will not reach the cheaper versions.

Mark Gurman, editor of Bloomberg, announces in his newsletter that Apple will launch a new MacBook Pro, a cheaper model, considered an entry-level. It will replace the current 13 ”MacBook Pro, receiving the M2 processor, but not many other improvements. It will not integrate a 120 Hz refresh rate ProMotion screen, will not switch from LED panel to Mini-LED on the display and will probably not receive any design very close to the 2021 models. A change that could enjoy a part of the fans would be to give up the Touch Bar, as happened with the top Pro variants.

The “entry” MacBook Pro could keep the 13 “screen, while the higher-end ones switched to 14” and 16 “panels, respectively. Along with this device, we will see in 2022 a MacBook Air with M2, probably the version that was released on the Internet, with a notch screen and a metal case of various colors, an updated Mac Mini and an iMac. In the case of Mac Mini and iMac, we do not expect design changes.

Also this year, Apple should complete the transition to Apple Silicon processors across the full range of Mac products. Thus, the next in line for the removal of Intel processors would be the 27 ”screen iMac Pro. It could receive processors from Pro, M1 Pro and M1 Max laptops. We don’t know yet what will happen to Mac Pro, the desktop computer that starts at $ 6,000. It could use either multiple M1 Pro and Max processors in parallel, or Apple could develop larger desktop processors with higher power and thermal limits.