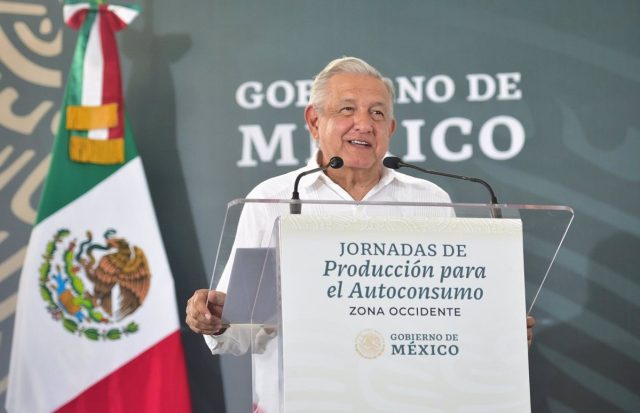 The president of Mexico, Andrés Manuel López Obrador, has ruled out again this Monday attending the Summit of the Americas that will be held starting this Monday in Los Angeles, so the Foreign Minister, Marcelo Ebrard, will attend in his place.

“It is continuing with the old policy of interventionism,” the Mexican president said at a press conference, adding that a change in the policy of exclusion and not respecting the sovereignty of countries is “necessary,” as the newspaper ‘El Universal’.

Likewise, he has indicated that the president of the United States, Joe Biden, is “a good man” who is under strong pressure from “extremist Republicans”, as well as from Democratic leaders and members of the Cuban community with “influence and hatred”. , according to the aforementioned medium.

At the end of May, López Obrador assured that, due to the veto of Venezuela, Cuba and Nicaragua, the Mexican Foreign Minister would attend in his place and indicated that he was in no hurry to receive a “definitive” response from the United States.

The US Administration reported at the beginning of May that these three countries would not receive an invitation to the summit in Los Angeles, arguing that they are not democratic nations, a measure that they confirmed this Monday, when the American meeting starts.

Despite this, López Obrador has confirmed that he will visit the White House in July, when he plans to speak with various senior US officials on regional integration, immigration reform and Central America, as reported by the Bloomberg news agency.

For its part, within the framework of the Summit of the Americas, the Honduran Foreign Ministry has reported on its official Twitter profile that the country will attend the meeting, represented by the Foreign Minister, Eduardo Enrique Reina.