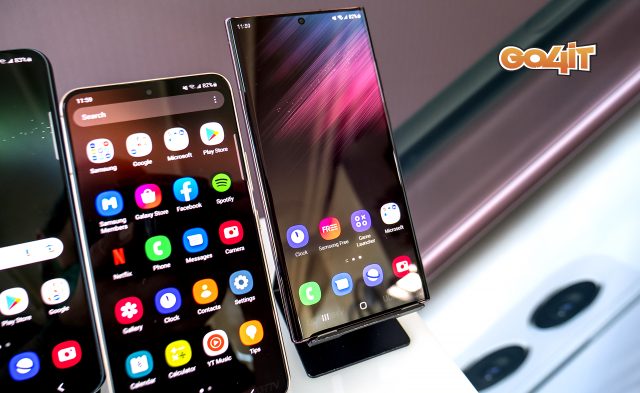 Limiting performance isn’t just an issue for Samsung phones. Other Android phones are prone to overheating, and the source of the inconvenience seems to be the “disconnected” architecture of the chipsets used, which are not optimized enough for the devices they come to equip or for the software.

Although, from the perspective of an Android user, the iOS ecosystem looks like a “barracks” where teams of engineers responsible for designing chipsets, designing their devices and developing software work with near-military precision, in reality Apple has managed to get an unattainable level of optimization in the Android camp. The far superior performance displayed by the latest iPhone, iPad and even MacBook laptops is no coincidence, being the result of a perfect synergy between hardware and software. Putting salt on the wound, the processing cores used by Apple are licensed from the same vendor – ARM.

Instead, Samsung and Qualcomm are at a disadvantage, as the business model involves the development of generic chipsets, which are then sold to other Android phone and tablet manufacturers. Until 1-2 years ago, the aspect of insufficient hardware optimization was hidden by manufacturers by investing more and more in sophisticated cooling systems (eg steam chamber technologies, liquid cooling and even active fans). But this time, the need to keep up with rival Apple and at the same time continue with the annual leaps of performance were hit by physical limitations of cooling technologies, the new generation of flagship phones stand out through the predisposition to overheating and subsequently , through the “unconventional” solutions used to make it possible to deliver them to consumers.

And the designated source of all the evil seems to be the ARM designer, who would have developed his latest processor architectures more with the thought of collaborating with Apple, a very valuable and important customer, ignoring the fact that the optimizations needed to reach the performance potential may not be accessible to customers in the Android camp in advance.

While Samsung “put ashes on its head” by publicly acknowledging the performance limitation issues reported on the new Galaxy S22 models, other manufacturers such as Xiaomi preferred to deliver their own flagship range as such, hoping only that the problems manifested by the forced closure of games and demanding applications (reported in most reviews) don’t affect sales too much.

Read:  Epson is abandoning laser printers because they are too polluting

What is certain is that both the Exynos 2200 and Snapdragon 8 Gen 1 use ARM-supplied processing cores, connecting the problems with the overheating of the expected efficiency of the 4nm manufacturing process developed by Samsung explaining at most partially the symptoms manifested on the devices that use them. Although TSMC is selected to manufacture the refresh version, Snapdragon 8 Gen 1 Plus, it is unlikely that the predisposition to overheating will be resolved decisively, without limiting performance in intensive use.

For now, we can only hope that Qualcomm and Samsung will find more efficient ways to optimize their designs to catch up with rival Apple in terms of efficiency. Otherwise, we’ll see either a cap on the performance of Android-based devices, or a proliferation of overheating / performance limitation issues.