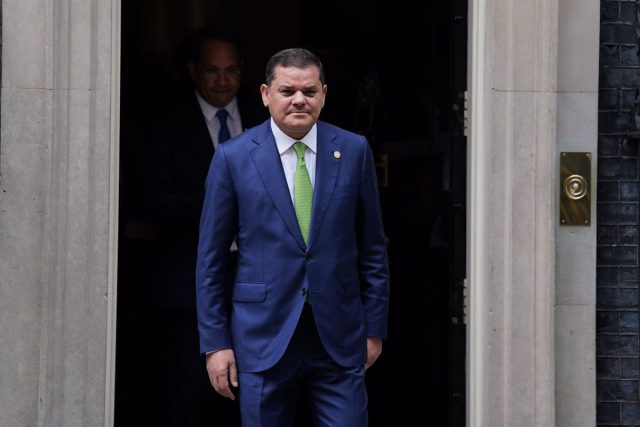 The Prime Minister of Libya, Abdul Hamid Dbeibé, has advocated approving a new Constitution in the country before holding presidential and parliamentary elections, after the first ones were postponed at the end of December.

“The current problem is that there is no constitutional basis for the elections,” Dbeibé said during a constitutional seminar held on Sunday in the country’s capital, Tripoli, according to the newspaper ‘The Libya Observer’.

Thus, he stated that “Libya needs a Constitution and then the people will choose their leaders, away from new transition phases that keep the crisis alive”, while saying that various actors have tried to prolong this crisis.

Dbeibé has stressed that various parties have tried to stir up divisions and differences around the electoral process to prolong the crisis and has stressed that the population wants “fair” elections to be held.

The words of the prime minister have come a week after the president of the House of Representatives, Aguila Salé, affirmed that the mandate of the unity government had expired on December 24, the date on which the presidential elections were scheduled, and advocated Executive reshuffle.

Subsequently, the House of Representatives said that the committee created to draw up a new ‘road map’ after the postponement of the election should finish its work at the end of January, while asking to set a date for the vote as soon as possible.

The unity government was born amid efforts to end the conflict in the African country and one of its main tasks was to organize presidential and parliamentary elections to hand over power to elected authorities.

Libya has had a unity government since March 2021 after a process of talks to unify the opposing administrations, after the internationally recognized authorities based in Tripoli repelled in 2020 the offensive launched a year earlier by Commander Khalifa Haftar, chief of forces from eastern Libya, against the capital.

With the holding of these elections, which now have no date, Libya sought to shelve the institutional crisis that opened in 2014 and the instability it has suffered since the capture and execution in October 2011 of the country’s former leader Muammar Gaddafi amid of the revolt against his regime.