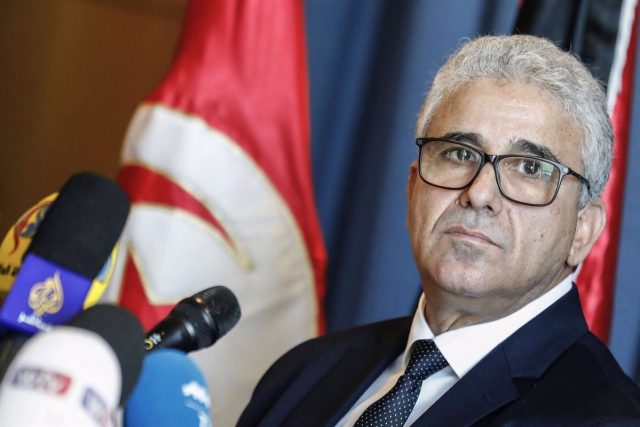 Libya’s Military Prosecution has issued an arrest warrant Sunday for the prime minister of the country’s eastern administration, Fazi Bashaga, for his role in Saturday’s clashes between rival militias in the country’s capital, Tripoli, which left at least 23 dead and more than 150 wounded.

Bashaga had repeatedly threatened to storm the city after declaring the current Tripoli-based Libyan Unity Government illegitimate, and several of his militias were involved in fighting against forces aligned with the authorities in the capital during Saturday’s fighting.

The order also affects the militia leader Usama Juwaili, affine to Bashaga; the spokesman of the spokesman of the prime minister of the east, Othman Abdul Jalil and the politician Mohamed Sawan, considered by the Unity Government in Tripoli as an instigator of violence in the country, according to the Libya Observer portal.

This order, moreover, also imposes travel restrictions on those designated, according to the official note of the Military Prosecutor’s Office, linked to the Unity Government led by Abdul Hamid Dbeibé, collected by the Libyan media.

Read:  Cuba bids farewell to 14 of the deceased in the Matanzas macro fire

Shortly after, the militias of the Support for Stability (SSA), linked to the Unity Government, have directly blamed the fighting inside Tripoli on the 777th Brigade of Haitem Tajouri for “destabilizing the capital and plunging it into a protracted conflict by preparing logistics and weapons for that purpose.”

As it did on Saturday, the Stability Support militias accused the Tajouri militias — in principle, not aligned with the eastern forces — of creating a “security breach that endangered the stability of Tripoli and its residents.”

The SSA have reiterated that their security operation was intended to “deal with the security threat in a very short time to limit the ensuing loss of life and property and avoid a protracted conflict in Tripoli,” in a statement picked up by the ‘Libya Observer.

The House of Representatives, based in the east of the country, terminated Dbeibé’s mandate due to the postponement of the December presidential elections and ended up appointing Bashaga, in the beginning of a conflict that has spread to the country’s energy sector, absolutely essential to sustain the economy of a nation ruined after years of civil war.

It should be recalled that Bashaga has tried to take control of Tripoli as many as twice — on July 22, clashes left 16 dead and about 50 wounded — before resigning to avoid a full-blown armed struggle. Right now his government is based in the city of Sirte, but the eastern prime minister has been threatening for days to carry out a final offensive against the capital.

Dbeibé came to power after the historic 2020 ceasefire that ended a year of fighting between forces in Tripoli and in the east of the country, led by rebel Marshal Jalifa Haftar.

The transitional government was mandated to take the country to elections last December, but they never took place due to divisions over the rules and the presence of controversial candidates, culminating in the controversial appointment of Bashaga.