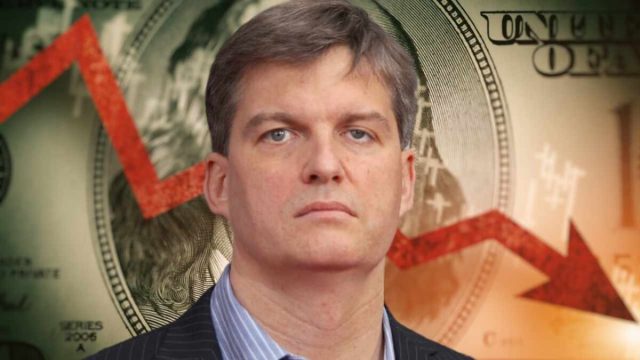 Hedge fund manager Michael Burry, famous for predicting the 2008 financial crisis, has warned of a “prolonged multi-year recession” in the US. He believes that there is no strategy to get us out of “this real recession”.

Noted investor and founder of the investment firm Scion Asset Management, Michael Burry, has warned of a “real recession“which will last several years.

Michael Burry is best known for being the first investor to foresee and profit from the U.S. subprime mortgage crisis that occurred between 2007 and 2010. He is featured in “The Big Short“, a book by Michael Lewis about the mortgage crisis, which was made into a movie starring Christian Bale.

The investor in The Big Short talked about recession on Twitter Tuesday. He wrote:

What strategy will get us out of this real recession? What are the forces that will pull us out of it? There are none. So we are really facing a prolonged multi-year recession. Who is predicting it? No one.

Burry has warned of a recession several times in the past. In May, the Big Short investor warned of an impending consumer recession and further earnings problems.

In April, he stated that the Federal Reserve “has no intention of fighting inflation“, adding that “the Fed is only thinking about reloading the monetary bazooka. So that it can come to the rescue & finance the implementation of the tax.“

Read:  What Crypto Winter? A crypto soars 34% following its listing on Binance

New York University professor Nouriel Roubini, sometimes known as Dr. Doom, responded to Burry by tweeting, “Some of us have been predicting a long and severe recession and detailing why we are headed for a great stagflationary debt crisis.“In another tweet, he wrote:

I myself have argued all year that the coming recession is not likely to be ‘short and shallow.