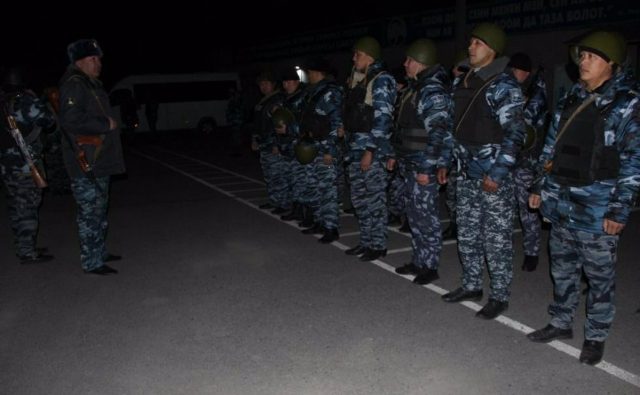 Kyrgyzstan’s Health Ministry on Saturday raised to 121 the number of injured hospitalized as a result of clashes on the border with Tajikistan since Wednesday 14, in which 24 people have lost their lives this week.

The two sides have held contacts on Friday night into Saturday that resulted in a ceasefire and a few hours of calm from midnight, but Kyrgyzstan has subsequently reported that Tajik troops have attacked the village of Paski-Arik with mortar shells. The fire started at 8.50 a.m. and lasted about five minutes, according to the eurasianet portal.

Meanwhile, the International Committee of the Red Cross (ICRC) on Saturday expressed its concern over the resurgence of military activity on the border and its “humanitarian consequences.” “The ICRC is monitoring the situation. It will respond to humanitarian needs and assist civilians affected by the fighting through Red Cross national societies,” said ICRC director for Central Asia Sangeeta Koenig.

In addition, the ICRC has reminded the parties to “always” distinguish between civilians and combatants. “Medical personnel and facilities engaged in medical work must be respected and protected in all circumstances. The use of weapons that are indiscriminate in nature is prohibited,” the humanitarian agency has reminded.

Tensions on the Kyrgyz-Tajik border escalated when Tajik border guard units penetrated into an undefined area of the border near the Bulak Bashi area of the Batken region of Kyrgyzstan and “took up fighting positions.”

Read:  NATO warns of mobilization of Russian submarine 'Belgorod', carrier of the Weapon of Apocalypse

The Kyrgyz military requested that they leave the area, after which Tajik officers opened fire. In addition, armed clashes occurred in the Kak Sai and Pasky Aryk areas of the Batken region.

The border between the two countries, which stretches over 970 kilometers, has been the scene of several clashes over the past few years due to several points being undemarcated, leading to disputes between Bishkek and Dushanbe over the control of these territories.

This lack of clear demarcation has resulted in disputes over the use of land and water resources, with frequent clashes between border guards from one country and the other and brawls between communities that were separated after the breakup of the Soviet Union.