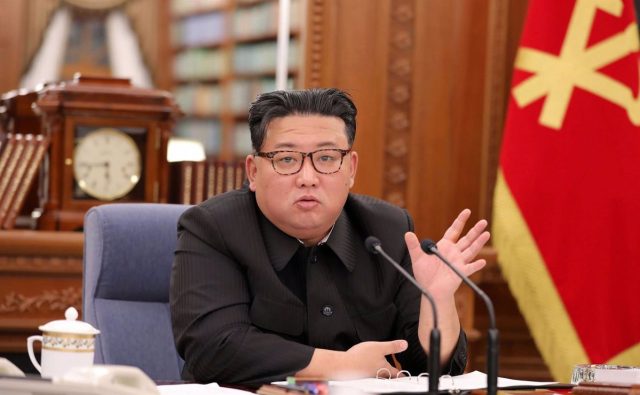 North Korean President Kim Jong Un has assured Thursday that North Korea is prepared to mobilize “fully and quickly” the nuclear deterrent force and for any military confrontation with the United States.

“We have weapons capable and fully ready to respond to all crises and we are in a position to fully and quickly mobilize our own forces with precision for our country’s nuclear deterrence,” the North Korean leader stressed at an event held in Pyongyang for the 69th anniversary of the armistice or truce of the Korean War (1950-1953), signed on July 27, 1953, called ‘Victory Day’, as reported by the South Korean news agency Yonhap.

Read:  Zelenski believes war will be short if Ukraine gets stronger

Regarding the U.S., Kim said, “I reconfirm that Korea is fully ready to respond to all military confrontations with the U.S.,” adding that if the U.S. continues to “hurt” North Korea’s image and undermine its security and interests, “it will have to resign itself to greater worries and crises,” he said.

Kim Jong Un has warned South Korean President Yoon Suk Yeol over his comments about a “preemptive strike” in the face of North Korea’s ballistic provocations. “If (the South) makes such a dangerous attempt, there will immediately be retaliation by powerful forces and the Yoon administration and its armies will be annihilated,” he has warned.

Read:  Two missing after an explosion at an explosives factory in Poland

“The south Korean government and military thugs are seeking military confrontation against us and if they really believe that they are destroying part of our armed forces preemptively by mobilizing military means, it would be a dream,” he has sentenced.