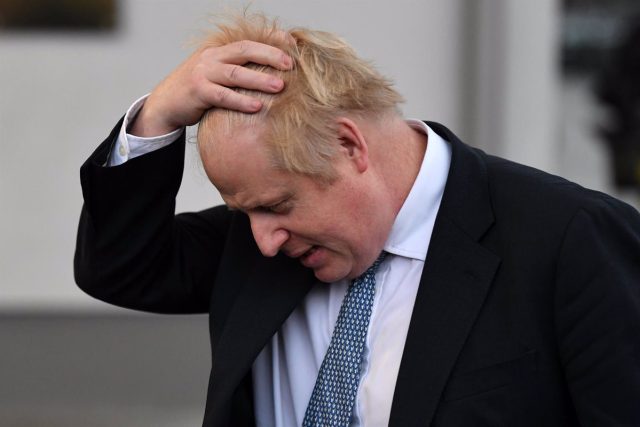 The Prime Minister of the United Kingdom, Boris Johnson, received this Friday night a questionnaire from the London Metropolitan Police about the ‘Partygate’ scandal, the parties held at number 10 Downing Street.

“We can confirm that the Prime Minister has received a questionnaire from the Metropolitan Police. He will respond as necessary,” said a spokesman for number 10, as reported by the English newspaper ‘The Daily Mail’.

The London Metropolitan Police has sent this document to the British Prime Minister and has requested “an explanation of the recipient’s participation in the events”, demanding that, since the form has legal status, “it must be answered truthfully”.

A spokesman for 10 Downing Street previously told The Independent newspaper that responses provided to London police would be “treated as written statements made with caution” as Johnson could face a fine if he does not give evidence.

In this sense, the prime minister has a period of seven days to respond to the questionnaire, which has been sent by email to more than 50 people investigated by the parties held in Downing Street during the pandemic, although being contacted does not imply being fined, according to the BBC.

This same Thursday, the head of Scotland Yard, Cressida Dick, has submitted her resignation, a week after the mayor of London, Sadiq Khan, showed her rejection of how she had handled a series of scandals within the Metropolitan Police.

His resignation as head of Scotland Yard comes not only amid the Christmas party scandal at 10 Downing Street, but also amid criticism from those who do not believe he has been able to tackle a series of scandals involving racism, homophobia and sexism within the London Police, including the murder of Sarah Everard by officer Wayne Couzens.

In parallel, this week, former British Prime Minister John Major has considered that the current ‘premier’, Boris Johnson, “violated the restrictions” imposed by the COVID-19 pandemic with the alleged parties held in Downing Street.

Read:  The president of Brazil denounces the judge of the Supreme Court for abuse of authority and violation of the Constitution

Major, a Conservative, has also accused the Government of thinking “that it did not have to obey the rules” and has warned that “blatant lies generate contempt”, while lamenting that “day after day citizens have been asked to believe in the unbelievable.”

“The assertion that there is one law for the government and another for everyone else is politically lethal, and hits the mark,” added the former prime minister, who held office between 1990 and 1997, according to the BBC.

The alleged parties in Downing Street have put Johnson on the ropes. Sue Gray’s report on the matter, partially published, concludes that the Johnson Government made “failures of leadership and judgment”, while stressing that the Executive’s behavior around the meetings “is difficult to justify”.