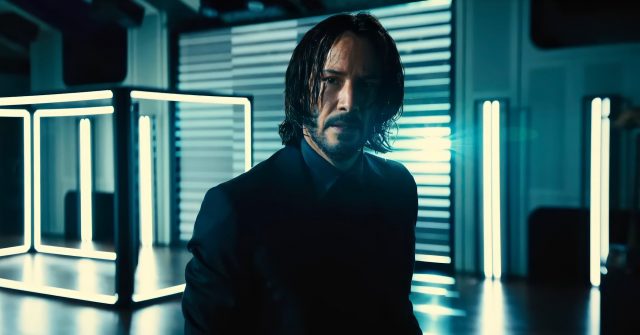 The first trailer for the Lionsgate film, which hits theaters March 24, 2023, can be seen below.

Stahelski and Reeves said the fourth film takes place in five locations: Japan, America, Paris, Berlin and Jordan. The trailer opens with John Wick obviously at the center of the action.

In the trailer there is a voice asking John, “Have you thought about where this ends? No one, not even you, can kill them all.” There are also many action scenes that take place in five countries: Japan, Jordan, America, Germany and France. John fights enemies with swords, guns and samurai nunchucks.

Read:  Future House of the Dragon 'nailed' by R.R. Martin: what the author had to say about the hit HBO series

Nearly three years after he was last seen on screen, John Wick, everyone’s favorite assassin, returns in a new film in the franchise.

Plot details, in terms of the sequel, are currently unknown, though it is expected that they will continue from the events of John Wick: Chapter 3 – Parabellum, which showed us the hero in a less than pleasant guise: dead after being shot by Winston.

For reference, in Part 3, John Wick joined The Bowery King and survived his encounter with The High Table assassins in an attempt to get revenge on the clique.

So Keanu Reeves returns to lead the cast of John Wick 4, alongside his franchise colleagues Laurence Fishburne as The Bowery King, Ian McShane as Winston and Lance Reddick as Continental Charon. The film will also mark the debut of Rina Sawayama, Donnie Yen, Shamier Anderson, Bill Skarsgård, Hiroyuki Sanada, Scott Adkins and Clancy Brown. Chad Stahelski returns “at the helm” in John Wick 4, with a script written by Shay Hatten and Michael Finch.