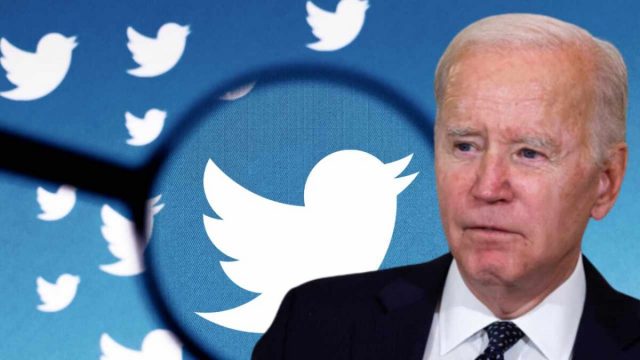 Elon Musk has begun rolling out a $7.99-a-month Twitter Blue subscription service. U.S. President Joe Biden, however, is concerned that the billionaire bought the micro-blogging platform “that spews lies around the world“. Asserting that there is “nono more editors in America“, Joe Biden noted, “How can we expect children to be able to understand what is at stake?“

Tesla CEO and Twitter boss Elon Musk has begun rolling out the Twitter Blue subscription service. Users of the social networking platform began noticing Friday that they could now sign up for Twitter Blue verification for $7.99 a month.

The notice lists three features that are “coming soon” for Blue Twitter subscribers. First, the company explains that Blue subscribers will only see “half of the ads” and that they will be “much better“. The social networking giant detailed, “Since you support Twitter in the battle against bots, we’re going to reward you with half the ads and make them twice as relevant.“In addition, Blue subscribers can “post longer videos“and they will have”a priority ranking for quality content.“Twitter clarified:

Your content will get priority ranking in replies, mentions and searches. This helps reduce the visibility of scams, spam and bots.

A user asked Musk when the Twitter Blue subscription service will be available in India. He replied, “Hopefully in less than a month“.

Twitter will soon add the ability to attach long text to tweets, ending the absurdity of notepad screenshots… Followed by monetizing creators for all forms of content.

Responding to a comment about Youtube giving creators 55% of ad revenue, Musk said, “We can beat that.“In another tweet, the Tesla CEO addressed the inefficiency of Twitter search, stating, “Fixing search is a high priority“.

U.S. President Joe Biden on Friday expressed concern about what Twitter is becoming after Elon Musk’s takeover of the platform, Reuters reports. Twitter laid off half of its workforce on Friday, but the company said the cuts were smaller in the team responsible for preventing the spread of false information.

Biden was quoted as saying:

Now, what are we all worried about? Elon Musk goes out and buys a piece of equipment that sends – that spews lies around the world … There are no more publishers in America. There are no publishers. How can we expect children to be able to understand what’s at stake?

White House press secretary Karine Jean-Pierre told reporters that Biden has been clear about the need to curb hate speech and misinformation. “This belief extends to Twitter, Facebook and any other social media platform where users can spread misinformation“, she said.

Last week, the White House deleted a tweet after Twitter added context contradicting its claim. The tweet, posted by the White House on Oct. 1, reads: “Seniors are getting the biggest increase in their Social Security checks in 10 years thanks to President Biden’s leadership.“It was removed the next day after Twitter added context pointing out that the increase was tied to a 1972 law requiring automatic increases based on changes in the cost of living. According to a description under the annotation, “context is written by people who use Twitter, and appears when deemed useful by others.“