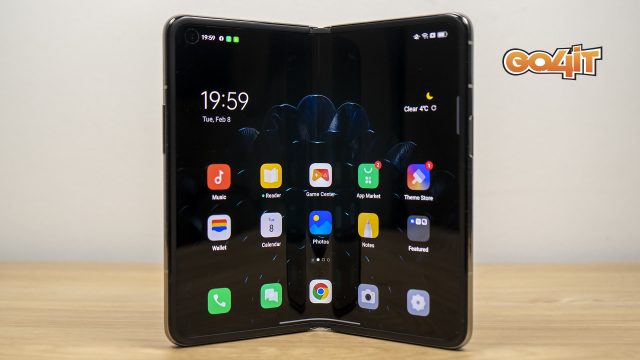 At launch the Oppo Find N, the Chinese manufacturer’s first foldable phone, was one of the Go4it team’s favourite foldable devices after testing several models. Unfortunately, that phone was only officially released in China, and the software still had a long way to go. It looks like we’ll be getting another Find N model this year, the Find N2, which will ship with a number of hardware improvements.

Oppo Find N2 appears to be just a hardware refresh

According to Digital Chat Station, the Chinese leaker operating on Weibo, Oppo could officially announce the new Oppo Find N2 as early as December, so only a few weeks from now. Incidentally, the original Find N was also released in December, in 2021.

New screenshots of what appears to be ColorOS 13 software in the foldable phone variant suggest that the new phone will have an updated hardware spec list, but not exactly the latest at launch. That’s because it looks like Oppo will still be using the Snapdragon 8+ Gen 1 chipset, not the Snapdragon 8 Gen 2 model that will be officially announced in the next few weeks.

Inside would also be a 7.1″ OLED display at 120Hz, foldable, 12GB RAM, 256GB internal storage and a MariSilicon X co-processor. The latter will be used for photo and video processing, and is also responsible for features like 4K Night Video on top Oppo devices. This model could also integrate Hasselblad branding for the camera, similar to the Find X5 Pro and OnePlus 10 Pro.

The size of the Oppo Find N was one of the most important aspects of the Find N, as it is a compact foldable phone that is easy to keep in your pocket and easy to use, even with one hand. Presumably the Oppo Find N2 will continue in the same direction.