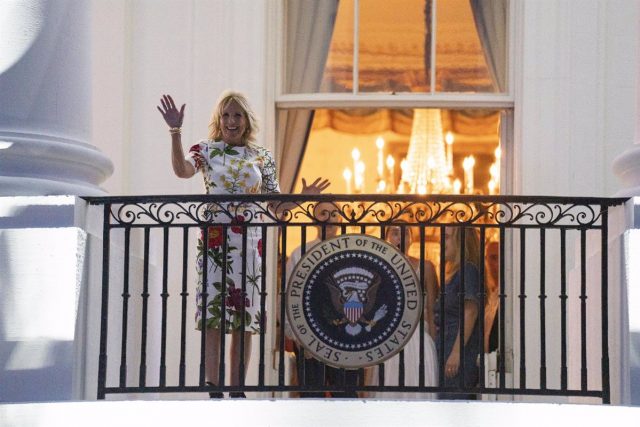 The office of the first lady of the United States, Jill Biden, has issued a statement Tuesday apologizing for resorting to racist stereotypes when, during an event on Monday in San Antonio, Texas, she believed she was praising the diversity of the Latino community.

The first lady made the comments during an event recognizing activist and former ambassador to the Dominican Republic, Raul Yzaguirre, for his three-decade career defending the civil rights of the Latino community in the United States through the organization UnidosUS.

“Raul helped build this organization with the understanding that the diversity of this community–as distinct as the bodegas in the Bronx, as beautiful as the flowers in Miami, and as unique as the breakfast tacos here in San Antonio–is its strength,” said the White House tenant.

The first lady’s words, which at the time of saying them were even applauded, have not pleased a part of the Latino community, which has asked Joe Biden’s wife that they are more than tacos and not to reduce them to stereotypes.

However the National Association of Hispanic Journalists has asked in a statement the first lady and the team that prepares her speeches to take the time in the future “to better understand the complexities” of the community and the people who are part of it.

Before these words, UnidosUS President Janet Murguía thanked the Biden Administration for appointing members of the Latino community to important positions, such as Xavier Becerra, at the head of the Secretary of Health; Miguel Cardona in Education; or Alejandro Mayorkas, Secretary of Homeland Security.

Read:  UK to increase defense spending by more than 58 billion euros by 2030

In that sense, Biden remarked her husband’s work at the head of the White House and recalled that he appointed several Latinos to “the highest positions in his cabinet” and ensured equity in laws such as the American Rescue Plan, which offers agricultural loans to members of socially disadvantaged groups.

“Your team worked with all of you and many of the UnidosUS affiliates present here today to vaccinate Latinos, fight hunger and invest in your small businesses,” he stressed.