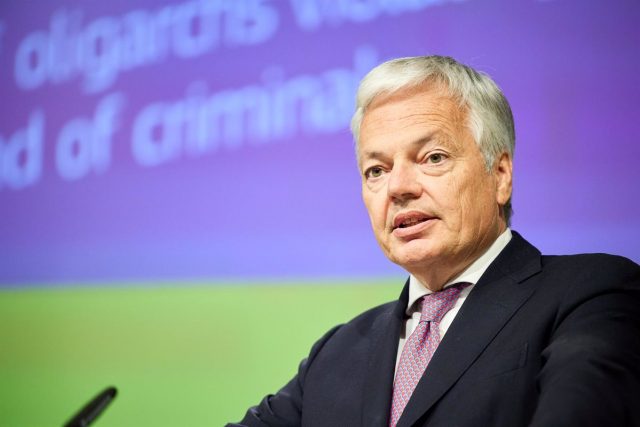 Since the beginning of the invasion of Ukraine, European Union countries have frozen Russian assets worth 13.9 billion euros, mostly concentrated in Germany, France, Ireland, Austria, Belgium and Luxembourg, European Commissioner for Justice Didier Reynders said in an interview with Bloomberg, in which he regretted a lack of communication with other member states when it came to freezing assets.

“There are six member states that are doing the job,” he has indicated. “We have a situation where some member states give us a lot of information, others give us information on very low amounts” and “it gets more complicated when certain countries don’t communicate,” he added.

In March, the EU created a new working group to improve coordination on these freezes. However, “sometimes we don’t get a response, even though we have this working group where everyone is present, or we get small amounts compared to the size of the country,” he said.

Reynders is seeking new EU rules that would make it easier to not only freeze, but also seize assets. To do so, there must be a link to a crime. “What I have now asked to consider is to update the existing rules to also include non-compliance with sanctions as a crime,” he has asserted.

Read:  Truss makes clear that the 'European Political Community' "is not an alternative to the EU" before traveling to Prague