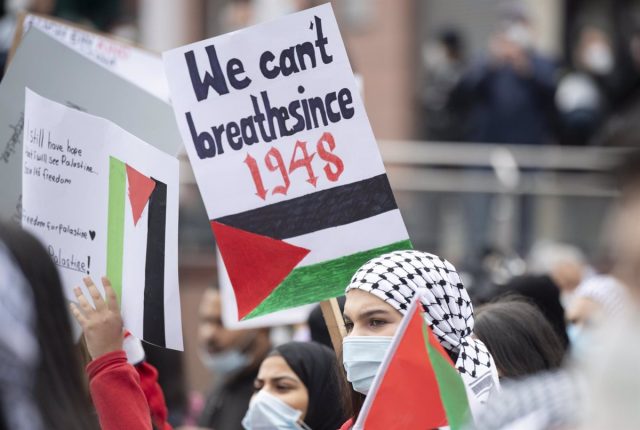 The Israeli security forces have again declared a state of alert in Jerusalem before the commemoration this Sunday of the Nakba (Catastrophe), the Palestinian memory of the more than 700,000 people who were displaced from their homes and the destruction of more than 500 villages and towns in historic Palestine during the creation of the State of Israel.

The Islamist movement Hamas, which rules Gaza, warned Israel on Saturday of the beginning of “clashes” by urging Palestinians to flock to the Temple Mount in Jerusalem’s Old City during the commemoration.

The warning comes after weeks of heightened tensions in the region that have culminated in the murder of Palestinian-American journalist Shirin abu Akle this week while covering clashes in the West Bank. Israel and the Palestinian Authority are conducting parallel investigations into this incident.

Read:  Belarus sanctions hundreds of companies with foreign capital in response to similar measures in the middle of the war

On Friday, the Israeli police intervened to confiscate Palestinian flags during the massive funeral of the journalist in Jerusalem, near the Jaffa Gate. The agents unbalanced those who were carrying the coffin, which was about to fall.

Six Palestinians were detained during the funeral and Israeli policemen carried out charges and used stun grenades because, they say, the coffin was stolen in a riot when “hundreds of rioters tried to sabotage” the event by taking the coffin on foot through an unauthorized route. This intervention has been highly criticized internationally, especially by the United Nations, the United States and the European Union.

Read:  The Foreign Minister will meet with Guterres to promote Ecuador's candidacy for the Security Council

For the moment, Israel has admitted the possibility that the journalist was killed by a shot fired by its own forces, but has explained that it could not reach any conclusion without the bullet that killed the reporter, in the possession of the Palestinian Prosecutor’s Office.

The Palestinian Authority has reported this Saturday that there could be “participation” of international organizations in the investigation and has rejected any option for Israel to join it.