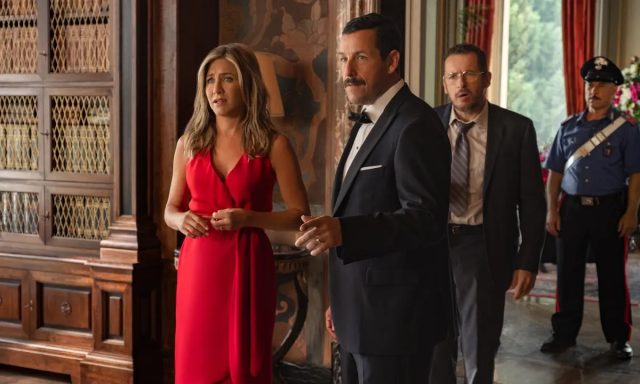 It seems that “Murder Mystery 2” will become a reality, so if you liked the first part, you have every reason to rejoice: Jennifer Aniston has confirmed the end of filming for the second, on her Instagram page, recently.

In September last year, Netflix announced that Sandler and Aniston would resume their roles as Nick and Audrey Spitz for “Murder Mystery 2.”

Read:  The Kia EV6 has won a prestigious award: what performance has it achieved

It seems that the second part of the film ended its production in Paris, according to what Jennifer Aniston posted on Instagram. The actress uploaded a video confirming that she and Sandler have finished filming “Murder Mystery 2”. With backstage snaps, a clip of the Eiffel Tower at night, but also some pictures with Aniston and Sandler together on the set: this would be the summary of the post. The clip was titled “Merciiii Paris” and can be watched at the foot of this article.

Read:  The "Manole" of the Securitate used to make his victims laugh to make it easier for him to pull their tongues. Mircea Albulescu - a life as an actor, poet, prose writer and informer

Directed by Jeremy Garelick, “Murder Mystery 2” continues to keep the details of the plot a secret and does not yet have an official release date. Although now that the filming is over for Aniston and Sandler, it is becoming more and more likely that the release date will be announced soon.

At the moment, there is also a real chance that the franchise will turn into a successful trilogy in the future, if the second part will benefit from as much “luck” as the first.