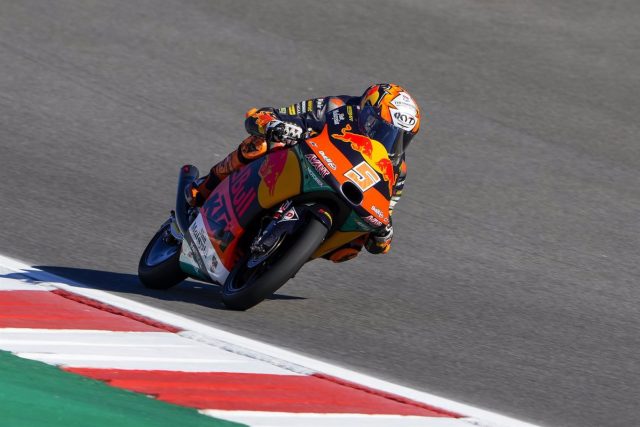 The Spanish Moto3 rider Jaume Masià (Red Bull KTM Ajo) scored a victory with a sprint finish at the Grand Prix of the Americas, the fourth round of the World Championship, ahead of Dennis Foggia (Leopard Racing) and Andrea Migno (Rivacold Snipers Team ).

The small category once again served up immense emotion with the chances of victory spread among many drivers until the last corners. Masià defended himself in style and returned the overtakes to finish first and win again a little over a year after his triumph in Qatar in 2021.

Migno squeezed his pole start but soon found a lot of competition, while Foggia was forced to come back. The Spaniard Sergio García Dols (Gaviota GASGAS Aspar Team), who arrived as the leader of the World Championship, crashed 11 laps from the end in a crash with his compatriot Daniel Holgado (Red Bull KTM Ajo).

Ayumu Sasaki (Sterilgarda Husqvarna Max), Masià, Migno and Foggia fought for victory, with victory for the Spaniard, while Foggia regained the leadership of the category with 74 points. The next appointment will already take place in European territory, at the Algarve International Autodrome on the weekend of April 22 to 24.

Read:  Alberto Puig: "We know where we have to improve"