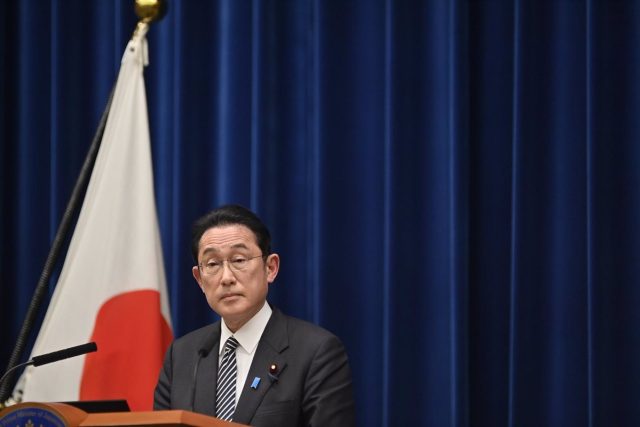 Japanese Prime Minister Fumio Kishida announced on Monday that Japan will restrict transactions with the Central Bank of Russia and impose sanctions on Belarus, for its alleged role in the invasion of Ukraine, as part of a series of measures taken as a result of the conflict.

After holding a conversation with the president of Ukraine, Volodimir Zelenski, the Japanese ‘premier’ has transferred on his Twitter social network account that Japan will also take measures to allow the extension of the residence of Ukrainians living in the Asian country.

Read:  Mahsa Amini's family claims they still do not have access to records of young woman's death in Iran

In addition, it has announced the delivery of one hundred million dollars (more than 89.2 million euros) in emergency humanitarian aid. He has also guaranteed Japan’s “strong” support for Ukraine’s sovereignty and territorial integrity.

Zelensky, for his part, thanked the donation for humanitarian aid and remarked that Tokyo “fully supports the harsh sanctions against Russia. “A true world coalition against the war is in action,” he stressed on Twitter.

The Japanese president confirmed on Sunday that the country will join the latest series of economic sanctions against Russia, announced by the United States, the European Union, the United Kingdom and Canada, beginning with the exclusion of Russian banks previously reprimanded by the Western community from the mechanism. SWIFT interbank.

Read:  Greece will eliminate the obligation of the mask and the vaccination certificate