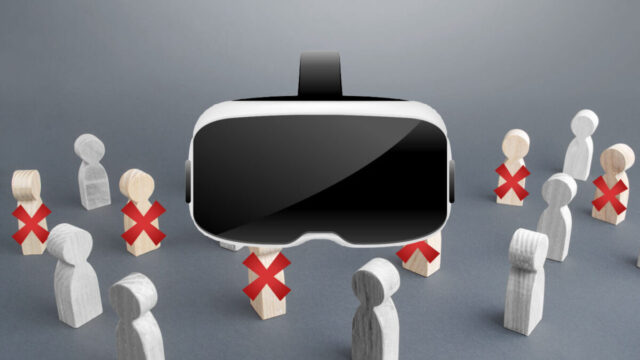 The latest round of layoffs at Microsoft, which has announced 10,000 job cuts this year, has hit key teams for its VR (virtual reality) and metaverse efforts, according to reports. The company will shut down two projects in these areas, Altspacevr and the Mixed Reality Tool Kit, which could affect Microsoft’s progress in these areas.

The latest round of layoffs announced by Microsoft on January 18, would affect the company’s metaverse and VR (virtual reality) initiatives, which could affect progress in these areas. Among the 10,000 jobs to be cut this year, or 5 percent of Microsoft’s global workforce, the teams behind initiatives like Altspacevr and the Mixed Reality Tool Kit are being eliminated as part of the reorganization process.

Altspacevr, which was acquired by Microsoft in 2017, has already announced that it&rsquor;will shut down its platform on March 10. The platform, which aimed to provide services to facilitate the creation of virtual environments for events with the participation of artists, designers, brands and businesses, will migrate to Mesh, a more work-oriented platform that has integration with Microsoft Teams.

The Mixed Reality Toolkit, a set of open source software tools for building user interfaces for the metaverse will also be ostensibly abandoned, as there are no announcements of new teams dedicated to its development at the time of this writing.

While the company justified the layoffs as a move to align its cost structure with revenue and customer demand, some believe that these localized layoffs in the metaverse and VR sector signal a slowdown in the company’s advances in this area.

The reported layoffs at Microsoft primarily affect initiatives focused on the consumer metaverse, following the path that Meta took in laying off 13 percent of its workforce, cutting 11,000 jobs.

Read:  Dogecoin in uncertainty, fails to keep up with market rebound

However, senior Microsoft executives believe in the metaverse and other disruptive technologies, as well as the progress they will bring in the future. Recently, Satya Nadella, the company&rsquor;s CEO, said that the sense of presence that metaverse technologies can bring is a game changer.

Microsoft is also involved in the creation of the Global Collaboration Village – the metaverse world of the World Economic Forum (WEF) – and has shown interest in investing in AI (artificial intelligence) projects such as Openai, creator of the AI bot Chatgpt.