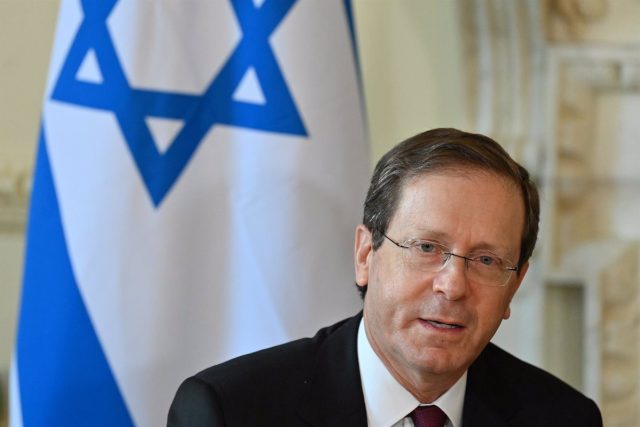 Israel’s ambassador to Poland, Yacov Livne, presented his credentials to Polish President Andrzej Duda on Tuesday, days after the two countries agreed to end their diplomatic disputes and strengthen ties.

“We agreed with (Israeli) President Isaac Herzog that it was time to return to normal relations. First step taken,” Duda said via his official account on the social network Twitter.

“(Israeli) Ambassador Yacov Livne, presented his credentials today. President Herzog has asked me to restore the Polish ambassador to Israel. I hope it will happen soon,” the Polish leader added.

In response, Herzog has thanked Duda and noted that this is “an important first step in moving relations between Israel and Poland forward.” “I look forward to receiving the credentials of the new Polish ambassador to Israel soon,” he remarked.

Read:  Mexican authorities intercept nearly 700 migrants in two operations in the center of the country

Duda and Herzog agreed in early July to improve bilateral relations, including the return of their respective ambassadors to their posts, following the deterioration of their ties after Warsaw last year passed a law limiting the ability of Jews to recover their property during World War II.

Poland’s parliament passed a law in July 2021 preventing any restitution of Nazi-seized property to their heirs, a move that Israel’s foreign minister and current prime minister, Yair Lapid, called “anti-Semitic” and “immoral.”

Poland argued that it is by no means a rule applicable only to Jews and the country’s Constitutional understands it as a necessity to harmonize Polish law and, in the future, to initiate the restitution process that Israel so desires.

Read:  HRW urges Indonesia 'not to miss opportunity' to prosecute those responsible for 2014 massacre