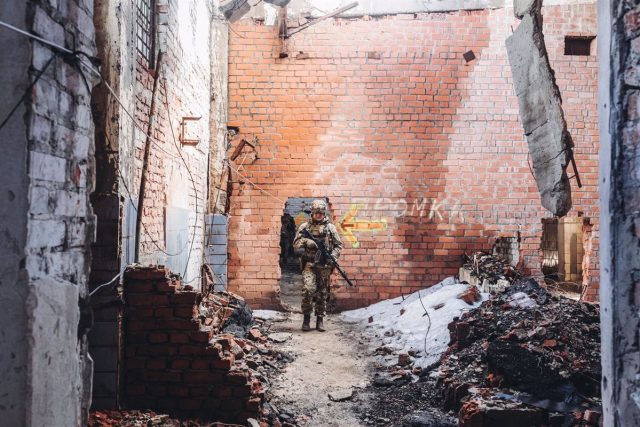 A soldier from the Ukrainian army walks through the ruins of an old factory on the front line, on February 19, 2022, in Avdiivka, Donetsk Oblast, Ukraine. – Diego Herrera – Europe Press

The Israeli government has spoken for the first time on the Ukrainian crisis this Wednesday and has defended the “territorial integrity” and sovereignty of the country, while ensuring that it is prepared to send humanitarian assistance to Ukraine immediately.

In a statement, the Foreign Ministry, which has not directly mentioned Russia, has expressed concern about the “serious escalation” of tensions in eastern Ukraine.

“Israel shares the concern of the international community in relation to the measures taken in eastern Ukraine and the serious situation in the area,” says the text, which indicates that Israel hopes that there will be a “diplomatic solution that leads to calm “.

In addition, he has expressed concern about the situation of Israeli citizens and the Jewish community in the affected regions. “Israel is ready and willing to immediately transfer humanitarian assistance to Ukraine in accordance with its needs and is in contact with the Ukrainian authorities on the matter,” the text underlines.