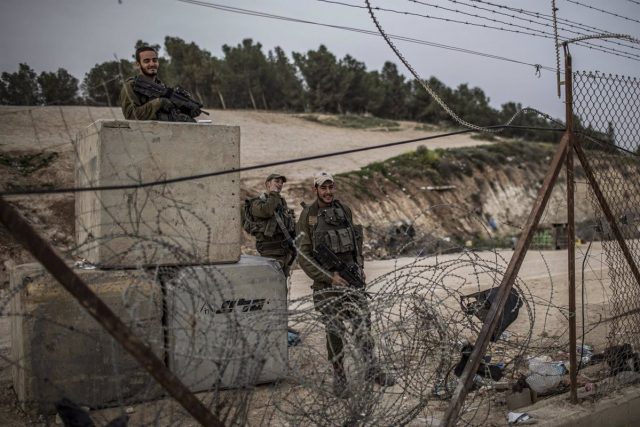 The Israeli Civil Administration that governs entry into the Palestinian territories will have from this Monday a new regulation that reduces visas and tightens conditions for the entry of foreign citizens.

Specifically, the number of visas for study purposes is limited, both to attend classes and to teach at Palestinian universities, as well as for businessmen and humanitarian organizations. The amendment particularly affects European Union exchange programs.

The new regulations also provide that any foreigner who “pairs” with a Palestinian citizen must inform the Israeli Ministry of Defense.

If the relationship begins after the foreign national’s arrival, he or she will have 30 days to report any engagement, wedding or the beginning of cohabitation “whichever comes first.”

If they fail to report the formalization of the relationship within 90 days, they will be deported immediately. If they marry they must leave within 27 months and remain outside for at least half a year.

These rules do not apply to those visiting Jewish settlements in the West Bank, but do apply to Palestinians with passports from another country visiting the West Bank. The latter will also no longer be able to apply for a visa at Tel Aviv’s Ben Gurion Airport, but will have to apply at least 45 days in advance.

These rules will deprive “thousands of Palestinian families of their right to live together without interruption and to live a normal family life,” denounced the Israeli human rights group HaMoked, which was responsible for the last appeals against the rules, which were ultimately unsuccessful.

Read:  At least six dead and 37 injured in a massive outrage during a carnival in Belgium

Last week it was the UN High Commissioner for Human Rights, Michelle Bachelet, who criticized Israel’s refusal to renew visas for its personnel in the occupied territories.

“The 15 international workers in my Office in Palestine, who had been working in the country for 26 years, had no choice but to leave in 2020,” Bachelet said. “Since then I have been trying to achieve a solution to this problem, but Israel continues to refuse,” she said.