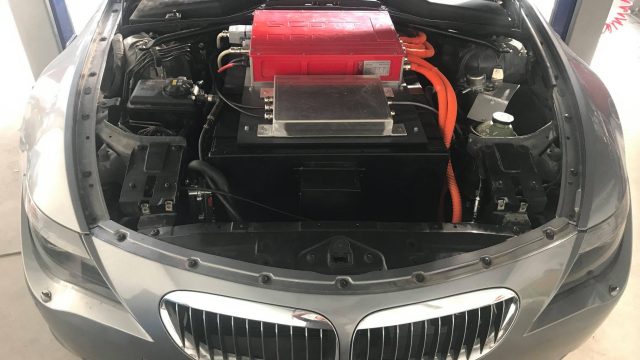 There are plenty of electric car models on the market, but there are people who want to convert ordinary or classic vehicles into clean cars. While for some enthusiasts money doesn’t matter, there are probably quite a few people who wonder whether such a conversion is cost-effective for a regular car.

Dewtsche Welle spoke to the representative of a German firm in Erfurt, Elerra, which converts vehicles with internal combustion engines into electric cars. Hans-Georg Herb, head of the company, says such a conversion looks easy, but is actually a complicated operation.

However, the conversion is possible for almost any conventional car. Technicians remove the engine and gearbox to make room for the electric motor and battery pack. For each car, Elerra engineers must develop new, electric steering systems.

Also read: Citroen unveiled a cardboard electric car with a range of 400 km and a top speed of 110 km/h

Elerra’s first converted car was a Porsche 911 in 2014. Herb showed a 1993 Jaguar going through the conversion process. The operation will cost around €60,000, and in this case the firm will use Tesla-branded modules. The project requires about 100 man-hours. Those who want to save money can hire Elerra just for technical advice and do the conversion themselves, in their own garage.

If the car was used frequently before the conversion and will be used extensively afterwards, users can recoup their investment over time. The electricity needed to run the car is 60% cheaper than petrol. What’s more, electric cars, which have far fewer parts compared to those with combustion engines, are more reliable and are serviced less often.

Still, Herb says it’s more advantageous in the short to medium term to buy an electric Volkswagen e-Up than to convert a Volkswagen Polo to an EV.