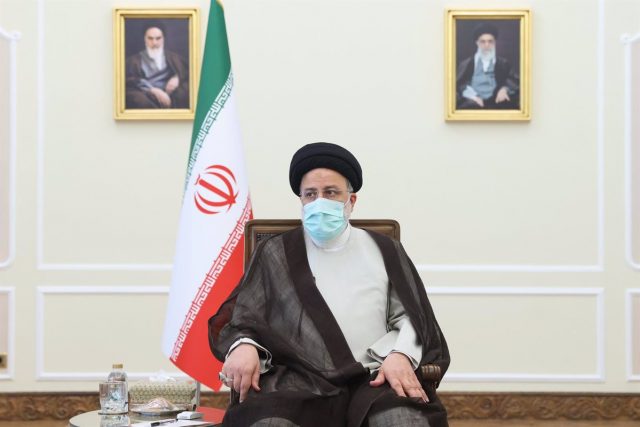 The Islamic Republic’s top political leaders have called an urgent meeting Sunday in response to growing discontent and increasingly widespread protests across the country following the death of a woman who was arrested in Tehran by the Morality Police for improperly wearing the veil.

After the meeting, they called on the population to maintain national unity and to stand up to the “hostile intrigues” of the enemies of the Islamic Revolution.

The protests have spread and this Saturday they reached the public television IRIB, when the signal of two channels was briefly interrupted by a message in favor of the protests and against the regime of the ayatollahs: “Rise up and join us”, read the message overprinted on the screen next to photographs of those who died during the protests.

The group Edaalate Ali, Ali’s Justice, has claimed this action, in which a white mask decorated with the colors of the Iranian flag could also be seen.

“The enemy wants to attack the minds of the people with psychological warfare and provoke fear and frustration in society,” Raisi has warned.

The president appealed to the intervention of the security forces and the work of the media “in the face of the enemy’s psychological warfare”. He also stressed that the defense of human rights “is at the core of the Islamic Republic”.

On Saturday night, new mobilizations took place and the security forces responded with tear gas and paintballs to identify the demonstrators for their subsequent arrest. The latter responded by throwing Molotov cocktails, according to videos disseminated on social networks.

Read:  Pope arrives in Canada for 6 days to ask forgiveness for abuse of indigenous children in Catholic boarding schools

The NGO Iran Human Rights has already put the death toll at 185, including 19 children, due to the Iranian security forces’ crackdown on protests in the country for the death in custody of young Kurdish-Iranian Mahsa Amini and has denounced in the last hours the killing of 16-year-old protester Sarina Esmailzadeh by a beating by security forces.

A judicial spokesman for Alborz province, Hossein Fazeli, has criticized “ridiculous” claims by “anti-Iranian media” about Esmailzadeh’s death. “It cannot be that the girl died in one part of the city and was taken to her grandmother’s house in another part of the city and thrown from the roof,” he said.

Thus, he maintains that Esmailzadeh accidentally fell from the roof of her grandmother’s house and that the incident has nothing to do with the protests, according to the official Iranian news agency IRNA.