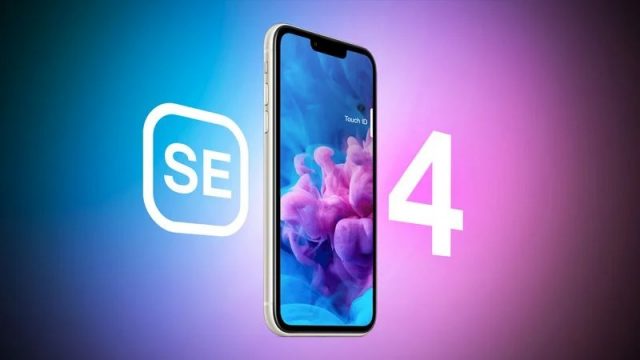 The iPhone SE 2022 hasn’t seen the success Apple expects from the cheapest smartphone in its portfolio. One of the reasons why customers didn’t flock to buy this model was primarily the outdated design, with a small 4.7″ screen, small battery and an increased price over the previous generation. It looks like for 2024 Apple will significantly change the design, borrowing elements from one of its best-selling phones of recent years.

According to Ross Young, analystyl DSCC (Display Supply Chain Consultants), who usually has information directly from Apple’s supply line, the next iPhone SE will borrow elements from the iPhone XR. He says the phone will feature a 5.7 or 6.1″ LCD panel display, just like the XR and iPhone 11. It will, however, have a smaller cutout, probably punch-hollow, as the phone will not be equipped with a Face ID facial recognition system. With such a cutout, the iPhone SE could however adopt Dynamic Island, just like this year’s 14 Pro models, a feature that could arrive on the “standard” iPhone 15 in 2023.

Touch ID could be implemented instead of Face ID. Thus, the iPhone SE 2024 would likely become the Apple phone that could attract some of the users who don’t want to upgrade to facial recognition models. The fingerprint sensor would be integrated on the side, in the Power button, and would most likely be similar to the one on the iPad Air and iPad Mini 6.

The reason Apple would go for this solution would be to reduce production costs, Face ID is an expensive solution in comparison.

Unfortunately, this model won’t appeal to those who wanted the advantages of recent iPhones either. Because it will use the iPhone XR/11 casing, it will have curved edges, not straight ones, and the LCD screen will most likely offer low resolution, below 1080p, as those models did. Also, the camera could use a single sensor on the back for wide perspective.

Read:  ByteDance, the Chinese company behind TikTok, boasts that it does not collect users' biometric data