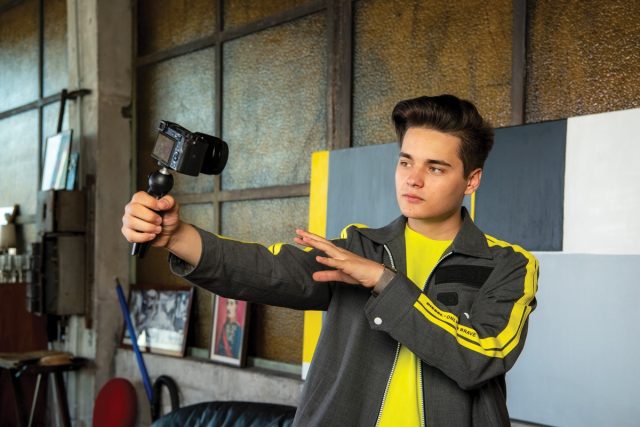 Selly (Andrei Şelaru) is a phenomenon in the Romanian online and even on the big screens. Spider-Man and Matrix were buried at the box office by Selly and 5Gang, with the movie “Camp”. The film, directed by Vali Dobrogeanu, with Andrei Șelaru, Matei Dima / Bromania, Dia, Cristi Munteanu and Andrei Gavril in the cast, generated, in the first weekend on the big Romanian screens, revenues of 1.53 million lei. Selly told us about the success of his films, but he also comes with surprises: he announces interesting things for 2022.

At the time of its release, “5 Gang: A Different Christmas” surpassed all popularity records and, as you said, it was the most watched Romanian film in the last 24 years. How do the tickets sold then compare to the performance of “Camp”? How much has the pandemic influenced these values?

The “camp” performed very well in the cinema, given the pandemic context. If we refer to the sales, the ones from “Camp” are weaker than the ones from the first movie. However, given that at the moment the cinema can only be accessed at a capacity of 50% or even, in some places, 30%, we are very satisfied with the results and we also thank all those who have It’s been a while and they’ve come to see the movie.

The first 5 Gang movie is available on Netflix for your fans and the band. When do you expect the camp to reach Netflix or HBO?

At the moment, we don’t know, we are in talks, but we can’t communicate anything concrete. I hope that “Camp” will also be available on a streaming platform, so that those from abroad and from the Republic of Moldova can see it. But so far we have no concrete information on this.

I suspect that the financial details of the deal with Netflix are under contract. But can you tell us how complicated it is to have a movie on the most popular streaming service in the world? Did they approach you, did you receive offers elsewhere for streaming?

If we go a little during the 5 Gang band, but also regarding your parting, which is sadly watched by all the fans, why will you miss the 5 Gang band the most?

Concerts, for sure. I will miss the concerts the most. I will think nostalgically of the tours I have had around the country, many days of van riding. Some very beautiful connections and memories have been created that will surely remain. I don’t know what the future holds for me, but I really like being on stage, I like appearing in front of people. I don’t know if I will definitely appear in concerts, but I don’t rule out any possibility.

Read:  Video The moment a bear opens and closes the door of the house it visits. We're dealing with a "well-mannered guest"

I want to take what I applied when I did the Selly Show, which was a very big production project, and use the knowledge I gained then in my YouTube videos. My focus this year is to create some shows on my YouTube channel, exclusively online, where we have a bigger production, much better developed scenarios. In short, let’s get out of this realm of vlogs and make content that can’t be copied so easily and that doesn’t look too much like what’s left on YouTube. The first project of this kind is the “At Work” series, which I launch at the end of this month, on my channel. It’s a reality show where, in each episode, I try to get a job and do a job, along with special guests that differ from episode to episode. We have jobs, for example, cleaning windows on a tall building, which is risky and dangerous. We are also engaged in fast food and all kinds of jobs and funny situations in which we interact with customers. The filming has been very cool so far and will be successful, I think. When this series comes out, people will better understand what my vision is for 2022 YouTube content.

Speaking of television, what happened to the Selly Show? What went wrong, did you decide to end the project?

It was my decision to end the Selly Show. It is extremely difficult to combine online and TV audiences. It’s hard to please such a wide range of people, from 15 to 45 years old. People have different preferences, tastes, types of humor. It’s impossible to please everyone, that’s why the Selly Show didn’t even work. Secondly, another reason why it didn’t work was that we were going headlong into something that was too big for us at the time. A late night show like this needs to be written minute by minute. There is a lot of content that needs to be thought and written, it often happens on its own. Most must be practiced and written. If we look at Jimmy Kimmel or other people who do that in the States, they have teams of 20-30 writers. We with three writers could not have produced two hours of quality content each week. It was simply too big a volume. And then, rather than do something half-hearted, I preferred to make the decision to stop and continue online projects that are going very well. They are, in fact, smaller projects, but we have mastered them and they are successful.

Read:  Don't Look Up proves, if need be, how good Meryl Streep is on improvisation

Given how hard it is to make money from YouTube, your vlogging academy makes the whole journey a lot easier. How do you feel about that project going, will it benefit from future updates?

Yes, it will benefit from updates, but the course is quite complete. We will probably introduce some modules in which to focus on other social networks, such as TikTok, which has grown quite a bit since I launched the Vlogging Academy. And maybe we’ll introduce content niches like gaming or tech. But for now, the course on the vlogging side is complete. It has eight hours of content that takes you through all the stages – filming, editing, managing situations that may arise, and most importantly, how to make money from it. It is a very different market in Romania compared to other countries and then you need to know the particularities of the advertising market here, from us (agencies, hills, brands, etc.).

As a last question, if you had children, at what age would you leave them on the internet, Facebook, YouTube? Would you set a limit on how many hours or what devices to use? Can you give advice to young parents in this regard, from your personal life experience? From your point of view, how beneficial is technology?

It’s hard to give advice, I’m not in this position as a parent, but I think over the age of three. Technology is not good or bad. It is a tool that can be used well or badly. After three years, I think I would leave my child on the internet and set a time limit for using the devices. But here it depends on the case, what each child does on the internet. You can learn so much or you can waste your time.

So, although she seems to have reached the peak of her career, at only 20 years old, Selly is very ambitious and “does not sleep on her laurels”. It wants to continue to perform and innovate online with quality content. As he says, technology is not good or bad, it depends on how you use it. Selly seems to be using it “with her head” and, to be honest, we need quality content on the internet, in the sea of ​​fake news and indigo material.