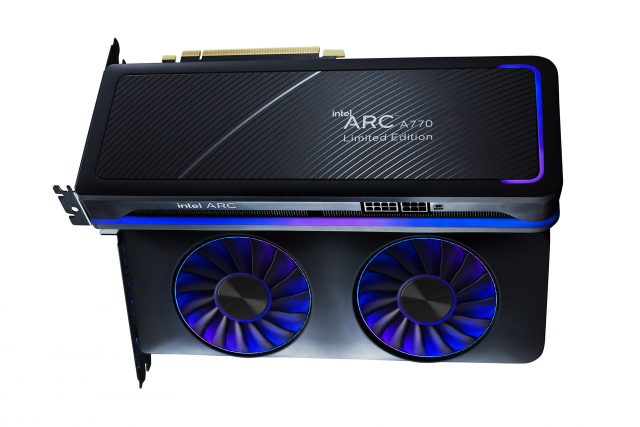 Along with the new Raptor Lake processors, Intel has also made the long-awaited announcement about its new Arc range of GPUs. So, we finally have a release date for the top of the line Intel Arc A770 series, which promises mid-range performance at an affordable price. Starting October 12, gamers will finally have a third option in the video card area, after decades of AMD and NVIDIA maintaining a sort of “duopoly” in this market.

Even though the Intel Arc A770 is the company’s most powerful model, it’s nowhere near the performance comparable to the competition’s high-end solutions. Intel is trying to bring to market something geared more towards the mid-range, where NVIDIA currently dominates with its GeForce RTX 3060 models. Intel believes its model will outperform NVIDIA in some modern games, despite keeping the price low.

Read:  Samsung phones can be attacked by hackers without users suspecting anything. How to protect yourself

Pricing for the Intel Arc A770 is set at $329, a competitive price for such a high level of performance as the company claims.

The A770’s configuration includes 16 GB of GDDR6 memory, a 32-core Intel Xe GPU clocked at 2.1 GHz, and superior ray-tracing capabilities. According to Intel, the A770 should deliver a 65% performance boost in ray-tracing games over the RTX 3060 and even higher than the RTX 3060 Ti. According to the data available at the moment, this GPU would be somewhere between the 3060 Ti and 3070 at 1440p resolution, significantly more expensive graphics cards.

There will also be an A750, a model immediately below the A770, which should be around the same performance level as the RTX 3060. This model does not yet have a price or release date.