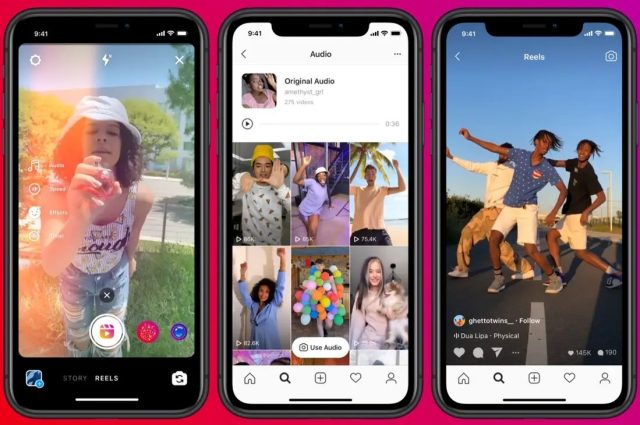 While the launch of Stories in response to a similar feature on Snapchat a few years ago proved to be very successful, the launch of Reels in response to TikTok did not have the same impact. That’s because TikTok is already very popular, has more video creation and editing features, and a more efficient algorithm that delivers relevant content to users. As a result, the Reels section is full of “TikToks”, and Instagram announces that it will decrease the reach of these posts in favor of the original content, created in the Instagram application.

In a video posted on Twitter, Adam Mosseri, the leader of the Instagram division within Meta, announced some changes regarding the way the original content will be displayed on his social network.

Read:  Android Auto gets new features and interface, scalable to any screen size

“If you create something from scratch, you should get more recognition than if you redistribute something you found from someone else. We will continue to try to do more to highlight the original content more, especially compared to reposted content. ”said Mosseri.

Creators are so important to the future of Instagram, and we want to make sure that they are successful and get all the credit they deserve. pic.twitter.com/PP7Qa10oJr

This is not the first time Instagram has announced that it will prefer content created on its network. Because TikTok automatically applies a watermark over videos made in its app, Instagram has previously announced that it will use AI to detect these types of watermarks to decrease the reach of such posts. That change was intended to encourage content creation for Reels on Instagram. So, even if it was your original content, uploaded on TikTok and Instagram, you could be affected by that watermark.

However, it seems that now Instagram will discourage the uploading of content from other users, both on other platforms and on Reels. He will be interested to see what impact this type of limitation would have. Much of the content on Instagram and Facebook is “stolen” from other users’ accounts on other platforms, such as TikTok, Twitch or YouTube. Mosseri says the system may not be perfect at first, but it will be improved over time.