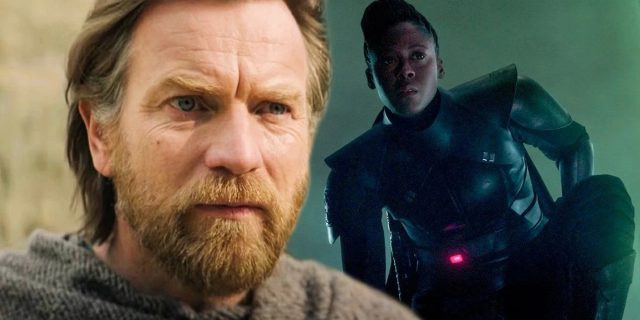 Originally imagined as a feature film, the project focusing on Jedi Master Obi-Wan Kenobi has been announced since 2017.

Following the poor results of the film “Solo: A Star Wars Story” (2018), Disney and Lucasfilm changed their minds and focused on “The Mandalorian”, which is broadcast on Disney +, but also on a movie series ” Obi-Wan Kenobi “, also directed by Deborah Chow.

Read:  Operation Mincemeat, the Netflix movie that tells a true story about war and compromise

The action takes place 10 years after the events of “Star Wars: Revenge of the Sith” (2005), “Obi-Wan Kenobi” focusing on the period of exile of the main character, Tatooine.

There, he watches over Luke as he tries to escape the threat of the Galactic Empire. Darth Vader sends the Grand Inquisitor, along with his band, to exterminate any Jedi who managed to survive the great purge of Order 66. One of these inquisitors is Sith Reva, played by Moses Ingram.

Moses Ingram, about his “evil” character in “Obi-Wan Kenobi”

Actress Moses Ingram recently spoke about her role in “Obi-Wan Kenobi.” About the Inquisitor Sith Riva, Ingram hinted that the character is a truly feared one, who does not give up very easily when he has a mission to perform.

Read:  INTERVIEW The series Willow, premiering on Disney+: talking to Warwick Davis, producers and actors of the new show

Reva is truly “a boss,” said Moses Ingram. “She is on a mission and will not give up until she gets what she wants, at all costs. Sith Riva is pretty naughty “, added the actress who will give life to the character.