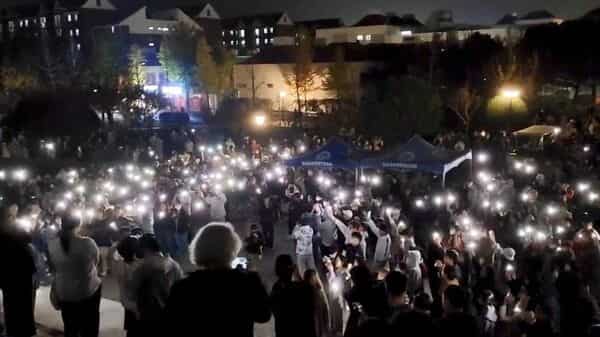 In China, you can be “picked up” off the street and taken into custody for simply having Twitter or Instagram on your mobile phone. Possible abuse by law enforcement comes as an unwelcome “bonus”.

According to information picked up by Western reporters from among the protesters themselves, residents of China’s major cities are being harassed by police crews, who are instructed to stop “suspicious” people in the street to check apps installed on their smartphones. So the mere discovery of regime-banned apps like Instagram, Twitter or Telegram can label you as “destabilising social order”. Depending on the disposition of the investigating officer, the response can range from a simple reprimand/harassment to a van ride to the police station.

Sources in #Shanghai are now telling me that police are now stopping people and checking their phones to see if there are any apps like Telegram, Instagram, and Twitter that have been used a lot to share updates of the protests with the outside world. #China

The action taken at the behest of the Communist Party of China (CPP) comes after the usual censorship measures appear to have failed, with anti-establishment protesters increasingly successful in communicating and organizing new protests with even more participants.

Read:  Samsung, not Apple, could launch phone without physical buttons in near future

For example, in Shanghai police “inspected” the phones of passers-by crossing People’s Square, a major urban transport hub, looking for banned apps. The allegations are even backed up with video evidence, capturing police officers forcing would-be protesters to delete protest-themed apps and images from their phones. Physical assaults by law enforcement officers on citizens who refuse to hand over their mobile phones for checking are also illustrated with video evidence.

Although labelled as protests against COVID quarantine measures, the recent protests have increasingly political undertones, with protesters insistently calling for the resignation of current President Xi Jinping, who has just been reappointed as the new head of the CPP.