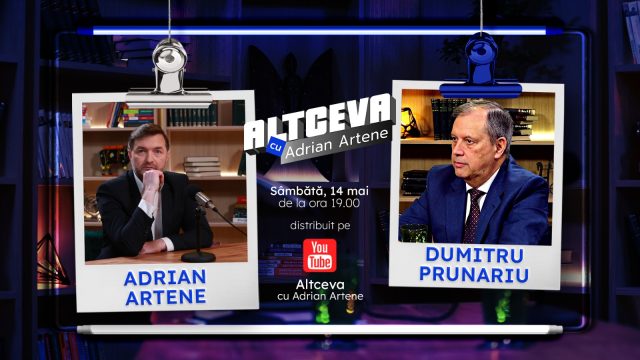 The Romanian cosmonaut, Dumitru Prunariu, is the guest of Adrian Artene in the podcast ALTCEVA on Saturday, May 14, starting with 19.00, when it will be 41 years since the first and only flight of a Romanian cosmonaut in space.

On May 14, 1981, Prunariu became the first Romanian to ever fly into outer space. He participated in the Soyuz 40 mission within the “Intercosmos” space program and spent 7 days, 20 hours and 42 minutes in space.

Dumitru Prunariu is an aeronautical engineer by profession, he is currently 69 years old and has the rank of lieutenant general in reserve. He was in turn an engineer officer in the Military Aviation Command, head of the Romanian Civil Aviation, president of the Romanian Space Agency, Romanian ambassador to the Russian Federation, chairman of the UN Committee for the Peaceful Exploration of Outer Space (UN COPUOS), president Cosmic Space Explorers Association (ASE), Vice-Chair of the International Relations Committee of the European Space Agency (ESA).

Watch the full interview with Dumitru Prunariu, on Saturday, May 14, at 7 pm, only on the YouTube channel Altceva cu Adrian Artene.