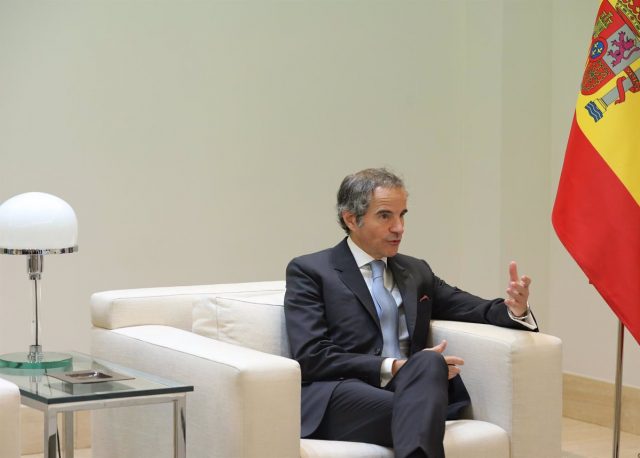 The director general of the International Atomic Energy Agency (IAEA), Rafael Grossi, has assured this Friday that the parties are “closer than ever” to revive the nuclear agreement with Iran after the United States has responded to the final text proposal of the European Union.

“If the deal does not go through, I think we will face a challenge: how do we get Iran to accept the levels of inspection and verification that a program like this, which enriches uranium to levels quite close to military grade, requires?” explained Grossi in an interview with Radio France International.

Thus, he has explained that the signing of the agreement has to do with “political will.” “If there is the political will, we can shape and modulate the agreements,” adding that if the text is signed, the IAEA will have “a vast inspection work”.

For his part, Iranian Foreign Minister Hosein Amirabdolahian said during a meeting with the President of Zanzibar, Hosein Moini, that Tehran has made “many efforts” to try to lift the sanctions.

“If the Americans are realistic, I think it (the situation) can be resolved,” explained the head of the Iranian foreign ministry, adding that they are already in “the final stage” of the process, as reported by the Tasnim news agency.

The European Union’s High Representative for Foreign Policy, Josep Borrell, said on Thursday that the US response to the EU’s final proposal to resume the nuclear deal with Iran is “reasonable.”

“The American counter-proposal is reasonable and the ball is now in Tehran. We hope it will come out,” said the head of EU diplomacy on the negotiations to return to the Iranian nuclear pact after Washington’s response to the EU proposal.

That pact, considered key to security in the region, has been badly damaged since former President Donald Trump’s unilateral decision to pull out in 2018. The negotiations seek to restore strict limits on Iran’s nuclear activity in exchange for the United States relaxing some of its sanctions on the Persian republic’s economy, including the one imposed on its oil exports.