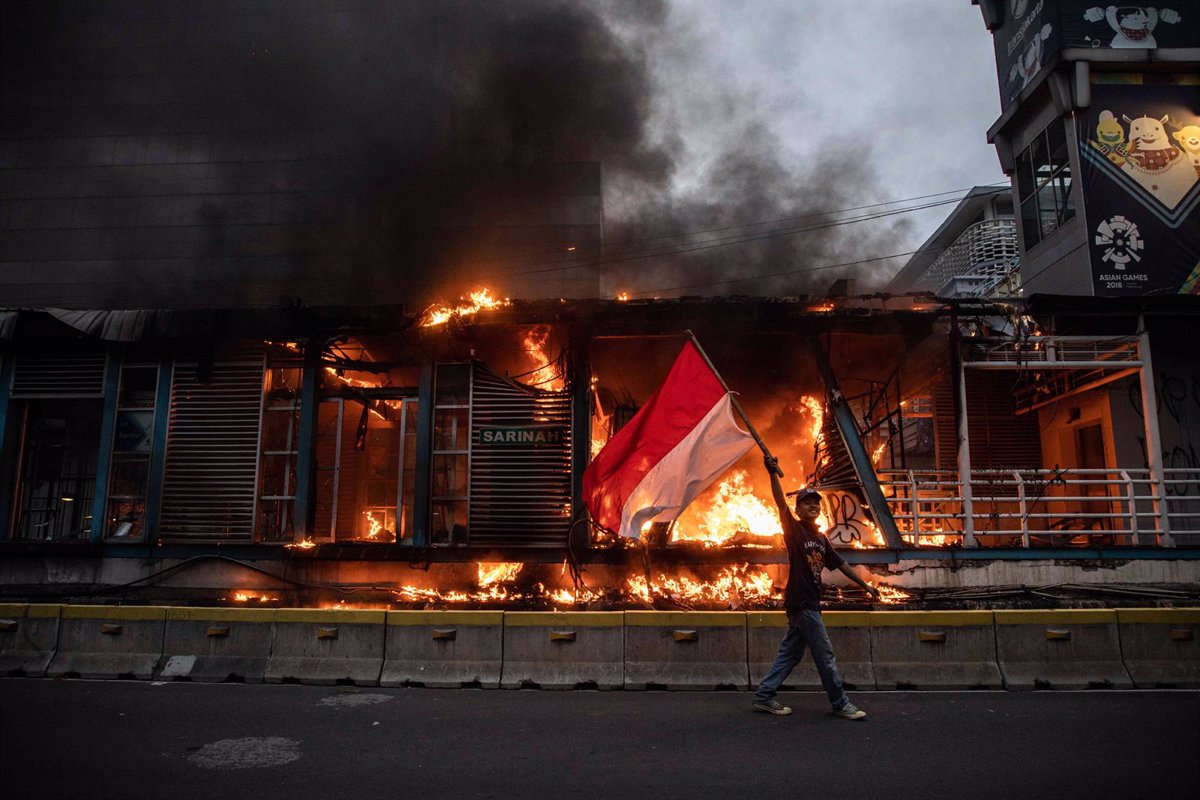 The NGO Human Right Watch (HRW) on Thursday urged Indonesia not to miss the opportunity to prosecute those allegedly responsible for the crimes committed in 2014 in what it described as “the Paniai massacre.”

An Indonesian human rights court–which is rarely used, according to the organization–is prosecuting a former army officer for alleged crimes committed during a December 2014 massacre in Indonesia’s Papua province against nearly 800 protesters.

Specifically, on December 8, 2014, Indonesian soldiers fired on about 800 protesters in the town of Paniai, killing five teenagers and injuring 21 others, HRW has reported.

“Indonesian authorities must not squander this important opportunity to finally hold someone accountable for the crimes committed during the Paniai massacre,” HRW’s deputy Asia director Phil Robertson said in a statement.

“This should be the beginning of new trials for serious human rights abuses in (the province of) Papua, not a ‘one-time’ effort to close the book on Paniai,” he added.

For the organization, the trial, which began on September 21, 2022, is “an important opportunity” to provide a measure of justice and compensation to the families of the victims.

Indonesia’s human rights court, which was established in 2000, has been used very infrequently, the organization noted, detailing that the trial will not take place in Papua, but some 2,500 kilometers away, specifically in Makassar on the island of Sulawesi.

This will make it difficult for witnesses and victims’ families to attend the trial, so HRW has urged the authorities to make resources available to witnesses and family members who wish to go.

In addition, foreign journalists and international rights observers have been restricted from visiting Papua since 1967.

“Indigenous Papuans face the underlying problem of discrimination and racism by Indonesian authorities, and the resulting rights abuses and culture of impunity that protects those responsible. Many Papuans have protested the abuses they suffered and, in some cases, have called for political change,” the NGO detailed.

Specifically, the protest being prosecuted was sparked by a fight on the night of December 7, 2014 , when members of Tim Khusus 753 (Special Team 753) — a unit attached to the Indonesian Army Battalion — assaulted 12-year-old Yulianus Yeimo.

Read:  Russia claims to have destroyed an oil refinery in eastern Ukraine

The attack was an apparent retaliation after a group of children and teenagers, including Yeimo, shouted at a Tim Khusus 753 vehicle to turn on its headlights as it passed the group, whose members were decorating a Christmas tree and nativity scene in the Ipakiye neighborhood of Enarotali.

The Tim Khusus 753 vehicle soon returned with another truck full of Indonesian soldiers, who chased the group and caught and beat Yeimo with their rifle butts. Yeimo had to be hospitalized, according to HRW.

“The actions of the Indonesian Army, not just a retired officer, will be on trial, and the government’s response is crucial,” Robertson has stressed, underscoring, however, the importance of the trial.

“The hearings must be transparent, open to the public and widely publicized. The victims of the Paniai massacre and their families have been waiting for justice for a long time,” he urged.