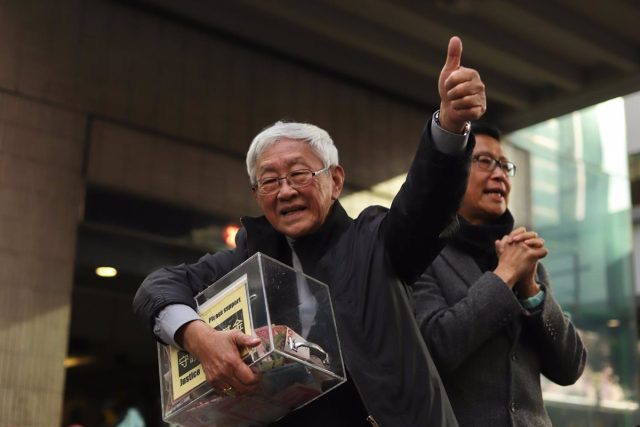 The NGO Human Rights Watch (HRW) has condemned the arrest of Cardinal Joseph Zen, as well as the lawyer Margaret Ng, the singer Denise Ho and the scholar Hui Po-Keung, for having maintained contacts with foreign forces in Hong Kong.

Those arrested are accused of violating the National Security Law, although it is true that, later, all of them were released on bail pending the progress of the investigations into these criminal acts classified as conspiracy, something that the region considered a danger to national security.

The four, along with former lawmaker Cyd Ho, who is already in jail, were part of the 612 Humanitarian Aid Fund, which provided medical, legal and psychological help to protesters arrested during the 2019 pro-democracy protests in Hong Kong. Kong.

The Hong Kong Police assured that this organization violated the National Security Law and rebuked its founders who the donors were. Finally, the Fund was forced to dissolve in October 2021, according to HRW in a statement.

Since the Chinese government imposed the National Security Law on June 30, 2020, the Hong Kong authorities have intensified their crackdown on political dissidents and activists. In this way, they have arrested prominent pro-democracy leaders and closed down independent media outlets, among others.

According to HRW, “the experiences of the five arrested defenders illustrate Beijing’s swift and sweeping attack on Hong Kong civil society.” “Cardinal Zen is a globally respected defender of human rights and democracy. He was one of the few members of the Roman Catholic Church who publicly criticized the 2018 agreement between the Holy See and the Chinese government,” he added.

Maya Wang has specified that Hong Kong has “long been a regional leader in openness and respect for the rule of law, but now competes for the first places in Asia for repression and political prisoners.”