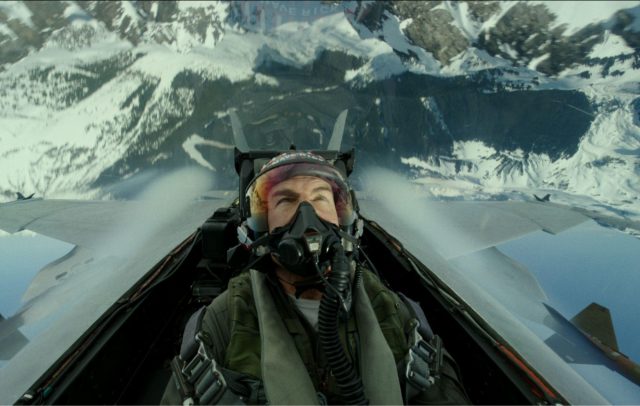 The first reviews of Top Gun: Maverick have already arrived, and they praise the long-awaited sequel to the movie in which we can see Tom Cruise resuming his role that turned him into today’s actor.

Released in 1986, Top Gun quickly rose to the top, becoming one of the favorite movies of fans who love action. Thirty years later, Cruise returns as Pete “Maverick” Mitchell.

Top Gun: Maverick is directed by Joseph Kosinski and is one of the most anticipated Hollywood movies of the year. The delays caused by COVID-19 have made fans even more curious about how the action could be carried out in the natural continuation of this masterpiece from the ’80s.

Paramount lifted the embargo: critics were allowed to comment on Top Gun: Maverick. Praise on the treadmill

A few weeks after Paramount allowed critics to share their first reactions to Top Gun: Maverick, the studio lifted the embargo on reviews. Not surprisingly, the reviews are positive. Critics praised Top Gun: Maverick, especially for combining the action perfectly with a well-told story. In other words, special effects, stunts and great script. At least that’s what critics say. In turn, you will have the opportunity to confirm or, on the contrary, to refute these things, quite soon, at the cinema.

Read:  The first car launched in metavers: you can test it before you actually buy it

Of all the reviews on Top Gun: Maverick, one of them was extremely interesting, as follows:

“If Top Gun was the movie that actually invented Tom Cruise,” Maverick “is the movie that turns him into an immortal actor. It’s not so much a Tom Cruise movie as it is “Tom Cruise: The Movie,” said David Ehlrich of IndieWire.

Ehlrich is not the only one who praised the film, on the contrary, he is one of the many who said that Maverick is the right thing, without a doubt.

Top Gun: Maverick will be released on the big screen on May 24, 2022. So you don’t have much time until you can see with your own eyes whether or not the reviews are well-founded.