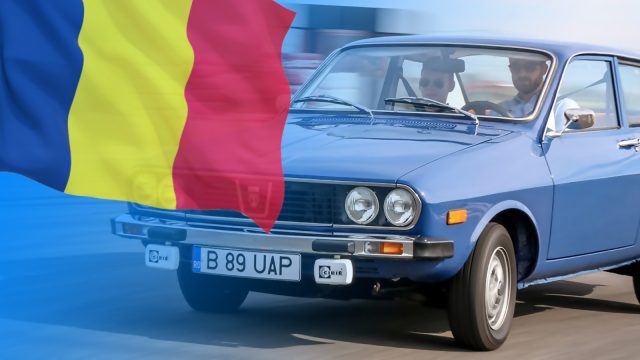 We all remember the period when only Romanian cars were on the streets. Those days are over, but history remains, and now the same cars have come to be considered vintage cars.

Romanian cars that have written history

Either summer or winter, on Sunday, behind the block in Romania in the 80’s, Dacia is being repaired. Although many considered it a failed model or at least unsightly, nowadays it makes us feel a little nostalgic when we meet her on the roads. Here are the top ten cars produced in our country that could already be considered historic cars because they are more than 30 years old.

Oltcit Craiova emerged as a result of a partnership between the Romanian state authorities and the French car manufacturer Citroën. Together they launched a series of innovative models. The car arose from Ceausescu’s desire to offer Romanians a smaller car than Dacia, specially designed for the city. In addition, the Oltcit was supposed to be an economical and spacious car. Basically, in those days, Olcit owners were a kind of hipster of modern times.

ARO (Auto Romania) was an all-terrain vehicle manufacturer in Câmpulung Muscel, Romania. It began production in 1957 and produced more than 380,000 vehicles, two-thirds of which were exported to more than 110 countries (before 1989, 90% of production was exported). In September 2003, the Romanian state sold 68.7% of the ARO to the American company Cross Lander, owned by John Perez, a Cuban-born American, for $ 180,000. The privatization contract included a $ 2 million investment in ARO, but no investment was made, and the ARO equipment was sold.

The first model was IMS-57; a total of 914 vehicles were manufactured between 1957 and 1959, most of them hand-assembled. Inspired by the Russian GAZ 69 vehicle, it had the following characteristics: two-door body and tarpaulin, 3260 cubic centimeter engine, petrol, 50 hp, top speed 80 km / h and a fuel consumption of 24 l / 100 km. The chassis in functional condition was tested on the Câmpulung-Colibași route, after which it was bodywork, painted and finished at the Pitești Car Factory. Oddly enough, the IMS-57 had manual windshield wipers.

Read:  Rimac receives huge funding: what it means for Bugatti, Porsche and Koenigsegg

ARO 10 was a Romanian off-road vehicle produced by ARO between 1980 and 2006, considered the younger brother of ARO 24. Dacia 1300 components were used, such as the engine or front axle, being inspired by Renault Rodeo and Citroen Mehari.

Dacia Pick-up or Dacia Papuc as it was popularly called, is the range of pick-up cars manufactured by the Dacia factory. These were the only 1300 series models produced at the factory after the launch of the Dacia Logan. They were based on the Renault 12 model developed in the early 1970s by the French carmaker Renault. Only 1655 such cars came out of the factory gate. Most specimens were exported, especially to Argentina and Colombia.

According to Ceausescu, this utility was produced in Mioveni. Unfortunately, the car was not at all successful in our country, so the dictator soon decided to abandon the idea. The car was built between 1975 and 1978 in 642 copies.

The model that became popular not only for the youth of those years, but especially for the Romanian car competitions of the time – Dacia Sport’s share in the national rally championship had reached almost 20% – was produced in 5,500 copies, during a period that barely exceeded a decade.

However, the sales of this model were reduced due to the high price, due to manufacturing defects such as insufficient interior space and unusable trunk. Production was stopped because in the 90’s various second-hand sports cars entered the Romanian market, and Dacia was uncompetitive. The Sport model was manufactured between 1981 and 1992.

This model was manufactured in thousands of copies and was one of the most successful models from Dacia. It had a relatively powerful engine compared to its predecessor Dacia 1300, had a 5-speed gearbox and some important aesthetic changes, including the double round headlights. The model had a radio, rear-view mirror, electric windshield washer, dual-circuit brakes, exterior and right-hand mirrors (on some models) and seats with headrests, and the space for rear passengers was increased by 8 cm.

The car was manufactured with various types of bodies: sedan, station wagon and pick-up, but there were also variants of commercial bodies. Initially, the model had a single sedan body with 4 doors and 5 seats. The powertrain had a cylinder capacity of 1,289 cc and developed 54 horsepower, a top speed of 144 km / h and a consumption of 7.0 liters. You can still see them on the roads of my motherland today.

Dacia 1100 was the first car model produced by the Romanian car manufacturer Dacia SA. The model was marketed between 1968 and 1971 and was an intermediate model until the entry into production of the 1300. The Dacia 1100 was based on the Renault 8, a sedan with traction and rear engine.

The first car to leave the factory gate was given as a gift to the President of the Socialist Republic of Romania, Nicolae Ceaușescu. The first copy of the Dacia 1100, driven by Ceaușescu at launch, still exists today, being part of the collection of vehicles of historical interest owned by the Romanian Automobile Club.