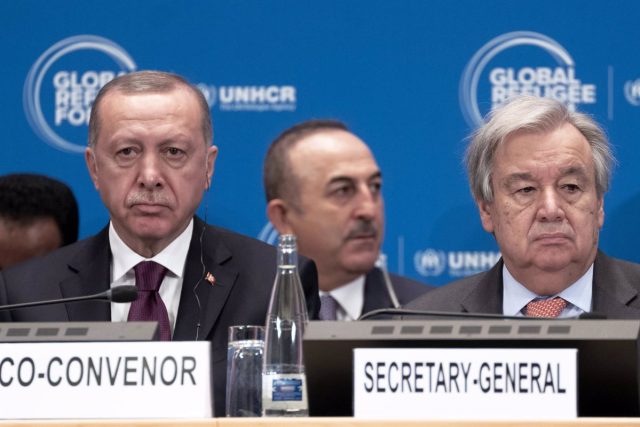 United Nations Secretary-General Antonio Guterres will visit Turkey’s President Recep Tayyip Erdogan in Ankara on Monday before traveling to Moscow and kyiv to meet with the leaders of Russia and Ukraine, respectively.

“The secretary general will visit Ankara, Turkey, where on April 25 he will be received by President Recep Tayyip Erdogan,” the spokesman for the UN Secretary General, Stéphane Dujarric, explained in a statement on Saturday.

Read:  56 percent of Colombians approve of Petro's performance during his first weeks as president

Turkey is acting as a mediator between the parties to the conflict in Ukraine, even hosting – as happened on March 10 – a meeting between the foreign ministers of Ukraine and Russia, Dimitro Kuleba and Sergei Lavrov, respectively.

This role as Ankara’s interlocutor has been applauded by the UN Secretary General himself, who in a phone call on March 14 thanked Erdogan for his role in the search for peace between Russia and Ukraine.

After the meeting with the Turkish president, Guterres will travel to the Russian capital, Moscow, where the following day he will meet with the president, Vladimir Putin, and with the foreign minister, Sergei Lavrov.

The meeting with Zelensky will take place next Thursday and the secretary general is also expected to hold a meeting with Ukraine’s Foreign Minister Dimitro Kuleba.

As explained by the deputy spokeswoman for the United Nations, Eri Kaneko, the main objective of the Secretary-General’s trip is to reach a path to end hostilities and “silence the weapons” in Eastern Europe.

“He wants to discuss with the leaders what steps can be taken right now to silence the weapons, help the people and allow those who want to leave to have a safe passage,” Kaneko explained at a press conference.