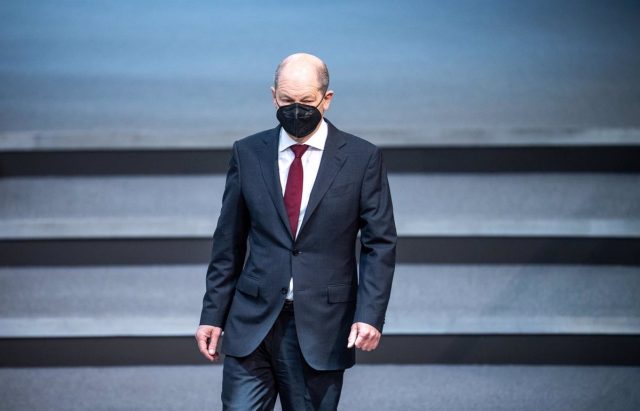 The Government of Germany announced this Friday its intention to increase its military assistance budget for 2022 to 2,000 million euros, allocating a large percentage of this to support Ukraine.

Germany launched its Capabilities Initiative in 2016 to support its global partners in insecure parts of the world, with a focus on security. The funds have been used in the past to support the military, but also the Police and disaster control agencies.

The size of this item is going to be greatly increased to offer help to Ukraine, following the decision of the German government to break with its own military doctrine and thus support the European country with deliveries of heavy weapons, as it has requested from the beginning of the war the Ukrainian Executive.

However, the final decision in Berlin is still pending, and while the Greens and liberals in the FDP, the two smallest parties in the coalition government, support the supply of heavy artillery to kyiv, Chancellor Olaf Scholz’s Social Democrats (SPD) remain divided on this matter.

The leader of the German conservative opposition, Friedrich Merz, strongly criticized Scholz’s failure to authorize the shipment of heavy weapons to help Ukraine defend itself against the imminent Russian offensive in the east of the country.

The German government has been widely criticized for not authorizing the delivery of heavy weapons to Ukraine and for blocking a blanket European Union embargo on Russian oil and gas imports.

Read:  The Russian representative to the UN assures that the Bucha massacre is "another staged provocation" of kyiv

“With his behavior, he is endangering the cohesion of the entire community of states vis-a-vis Russia,” Merz told the Frankfurter Allgemeine Zeitung (FAZ) daily on Friday.

“We want to know what is being handed over and, above all, for what reasons the German government does not want to hand over the available material,” Merz said.

Germany has supplied Ukraine with military equipment such as grenades, anti-aircraft rockets, machine guns and ammunition, but not heavy weapons such as tanks, helicopters and fighter jets.

“If we don’t manage to stop Putin in Ukraine and push him back, then it will continue,” the Christian Democrats leader said.