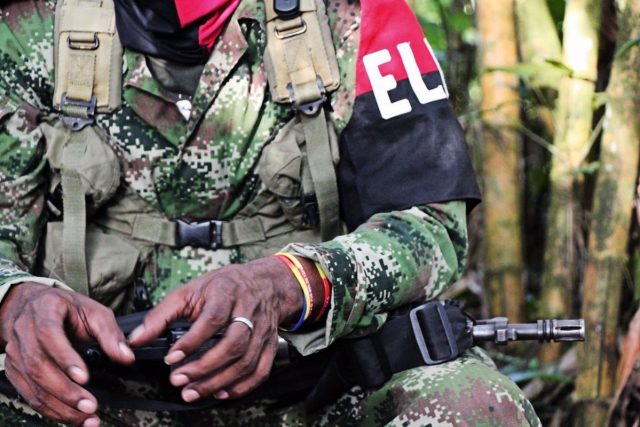 The Colombian Minister of Foreign Affairs, Alvaro Leyva, has confirmed from Havana that Cuba will continue to host the new dialogues with the guerrillas of the National Liberation Army (ELN), whose representatives have been on the island since the collapse of the negotiations with the previous government of Ivan Duque.

“We aspire to resume the dialogues with the National Liberation Army in this land of peace, in order to start the path proposed by President Petro Urrego and reach total peace,” Leyva said from Havana, where he traveled this Thursday with a delegation of the new Colombian government.

“Thanks to the Republic of Cuba for its hospitality, we are honored to be here and thank you for the new welcome to the purposes of reconciliation that today and always will accompany us,” emphasized the foreign minister.

After the first meeting with the Cuban authorities and representatives of the ELN, Leyva addressed the media to emphasize that they reject any consideration that points to Cuba as a country sponsoring terrorism and criticize those who have “tried” to hide the “commitment” of the island “with the peace of Colombia and the world”, according to RCN radio station.

Read:  The US prohibits transactions in dollars with the Central Bank of Russia before the invasion of Ukraine

For his part, the Cuban Minister of Foreign Affairs, Bruno Rodriguez, wanted to highlight the speed with which the new government of Gustavo Petro has acted to resume negotiations with the ELN, four days after he was sworn in as president.

“It has a high significance to relaunch and deepen relations between the governments and peoples of Colombia and Cuba to which we are united by deep cultural and historical ties,” said Rodriguez, who thanked his counterpart for his rejection “to the illegitimate designation of Cuba” as a sponsor of terrorism.

“We will be at the service of whatever the parties request and I take this opportunity to ratify Cuba’s invariable commitment to peace Colombia. You can count on Cuba’s willingness to continue contributing to the achievement of the desired peace,” Minister Rodriguez emphasized.

Since Petro’s victory in the June 2022 elections, the ELN leadership has shown interest in resuming peace agreements, which began in February 2017 in Quito. Subsequently, they moved to Havana, where the last meeting took place in August of that year without progress.

The talks were interrupted after the ELN did not agree to the demands of the Duque government, which finally suspended indefinitely any kind of dialogue in January 2019 when the attack on a police cadet school in which some twenty people died took place.

We provide you with the latest breaking news and videos straight from the entertainment industry.
Contact us: [email protected]alsblue.com