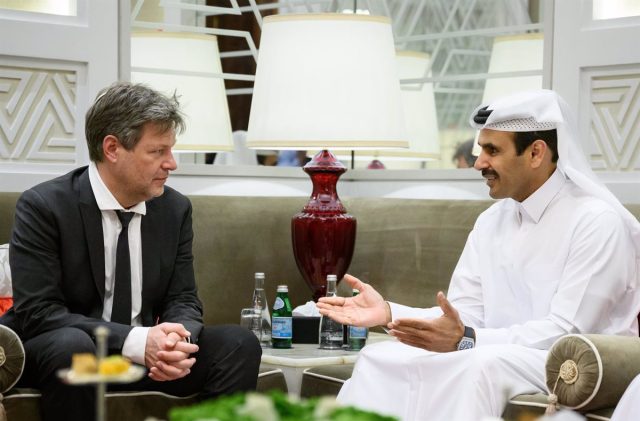 Germany and Qatar have agreed on Sunday to form a long-term energy association in a pact reached during the visit to the country of the German Economy Minister, Robert Habeck.

After meeting in Doha with the Emir of the State, Sheikh Tamim bin Hamad Al Zani, Habeck said that the agreement is a step towards achieving less dependence on Russian gas, in view of the war in Ukraine.

“The day has gained great momentum,” he declared, commenting that the support of the Qatari emir was greater than expected.

The minister explained that the companies that were part of his travel entourage will now begin to negotiate the terms of the contracts with the Qatari side. However, he did not provide details on the agreed amounts.

Qatar is known for being one of the world’s largest exporters of liquefied natural gas (LNG). In order to diversify its energy sources and become less dependent on Russia, Germany plans to build its own LNG terminals.

Habeck has commented that the planned association not only includes the supply of LNG, but also the expansion of renewable energies and energy efficiency measures. German companies, he appreciated, could offer a lot in these areas.

Read:  The UN insists that "war is not the answer" and says that the "only true solution" is peace