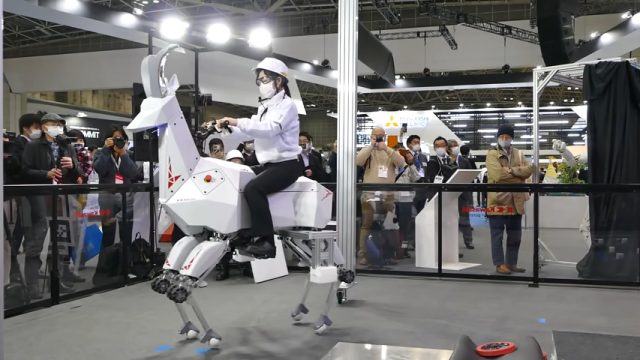 Many companies are now working in the field of robotics to bring robots to market to make people’s work easier. Boston Dynamics is the best-known company in the field, with Spot, the robot “dog” that can be used in industrial environments or in public order, but Tesla also works on humanoid robots, while Xiaomi seems to be working to bring these products forward. from professional environments and closer to home. Kawasaki, the famous Japanese motorcycle manufacturer, demonstrated its own robot, demonstrating its ability to carry objects and even people.

The Kawasaki robot is called BEX and borrows some of that name, as well as the design from ibex, a species of wild goat from Eurasia and Africa. The robot was developed as part of an internal program called Kaleido, which was launched in 2015, and its purpose is to transport cargo on several types of terrain.

Read:  A SpaceX rocket will soon land on the moon

The recent demonstration does not recommend it for speed, but it did show that BEX can carry about 100 kilograms of cargo, or even an adult. The robot could also be used for remote inspection purposes, as does the Boston Dynamics Spot. And just like Spot, the robot is completely modular. For the recent demonstration, Kawasaki chose to install an animal-like head and a kind of handlebar for the passenger to hold while walking, but these are not necessary. Various other accessories or sensors may be installed in their place.

Unlike Spot, however, the Kawasaki robot has an advantage: on flat ground it can move much faster, as the wrists are also equipped with wheels. Thus, the robot is a bit more versatile, being able to change the mode of movement according to needs.

Read:  Operators are shutting down 3G networks to make room for 5G. Hundreds of car models will be affected