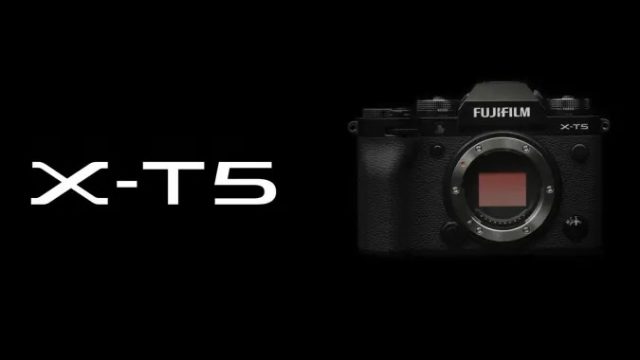 The Fujifilm X-T5 looks to be the biggest upgrade the company’s APS-C format mirrorless cameras have received in recent years. The new camera is not only more compact than its predecessor, the X-T4, but it’s also significantly more powerful, adopting a new, higher resolution sensor and offering the ability to record higher resolution video. Stabilisation is also now improved and there’s a big focus on photography.

The X-T4 was one of the most popular APS-C format mirrorless cameras on the market, mainly due to its hybrid capabilities, being both a quality stills and video camera you could rely on. In the last 5 years though, Fujifilm has been using a sensor that has become obsolete, at 26 megapixels. This is now replaced by a 50 megapixel one, which allows recording up to 6.2K resolution in 30 frames per second. Of course, 4K resolution is present, and the X-Processor 5 image processor allows both AI-assisted focusing, something we’re seeing more and more on cameras, and the ability to record in F-log2 format at 10-bit 4:2:2.

The Fujifilm X-T5 camera also benefits from in-body stabilization (IBIS) for 6.5 stops, improved over the previous generation, and the entire body has decreased in size and weight despite incorporating more advanced technology. The flip-up hinged screen offers higher resolution and the electronic viewfinder offers 0.8x magnification, compared to 0.75 on the X-T4.

Fortunately, unlike other cameras in the upper mid-range, the Fujifilm X-T5 retains support for USH-II SD cards, which are more affordable than the CFExpress, which are now “all the rage” in the upper end. The camera still integrates a USB-C port and HDMI port and runs on the same batteries. So those who already have an older camera and some batteries won’t have to replace the entire kit.

Read:  Is it worth buying a crank generator? How much work does it take to charge your mobile phone