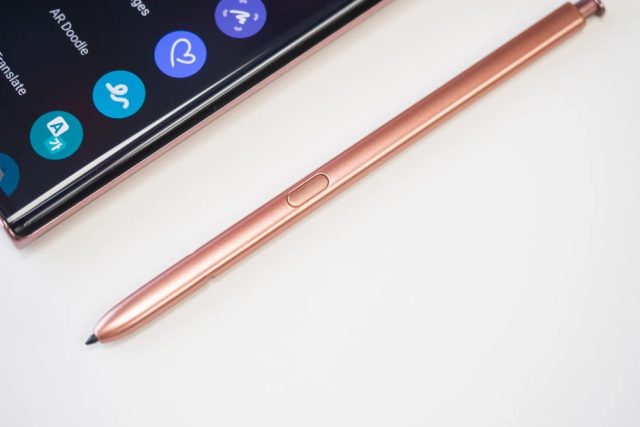 Adapting the S-Pen accessory for use with foldable phones is not easy at all, as Samsung has problems with both the fragility of the screen and the space available inside the case.

Unfortunately, elegant solutions like the S-Pen slot built into the Galaxy Note case are not at all practical for foldable phones, the design with one or even two folding areas of the screen thus complicating the accommodation of essential components such as battery and camera module. At least so far, the only solution found has been to include magnets, allowing the stylus to be temporarily attached to the phone’s frame.

Read:  iPadOS 16 has been delayed. No longer launching with iOS 16

Coming as a compromise between the Gagaxy Note-style S-Pen slot and the completely external fixation, the solution described in a recent patent granted to Samsung would have the great advantage of not occupying the space normally reserved for electronic components or the battery. Suitable for future dual-fold phones, the solution is to cut the case on two of the foldable facets on the inside, taking advantage of the fact that the area is not covered by the screen. The magnetic clamping system is retained, the S-Pen attachment remains fixed even with the screen extended, having minimal chances of accidentally slipping out of the recess that covers half of its thickness. Moreover, the risk of loss when carrying the folded phone is practically zero.

Read:  Russian fighter jets use car GPS attached to the board for positioning

It remains to be seen to what extent the cutout applied behind the screen will make the phone more uncomfortable to the touch. What is certain is that the described solution is simple and relatively elegant, thus having great chances to be taken over for the future generations of Samsung Galaxy Fold.