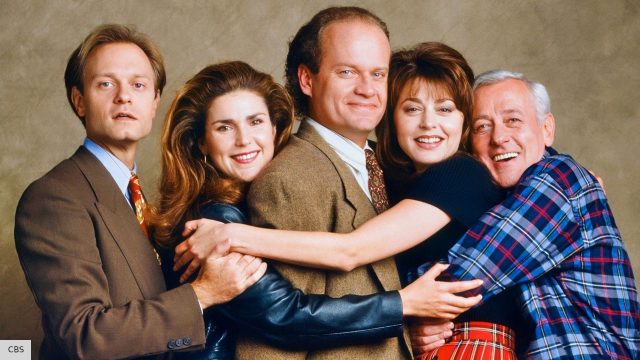 Kelsey Grammer has given some details about the long-awaited return of the hit show Frasier, much to the delight of its fans.

Specifically, the comedy series could begin filming this fall. ViacomCBS officially gave the go-ahead for the Paramount+ series last February.

“Start of shooting? There were some conversations about it around October, maybe a little later. I don’t know,” Grammer said in a video clip filmed for The Talk that aired Monday. “There are a few other details coming up. I have a couple of other projects to develop that look like they’ll be filmed before that,” Kelsey Grammer also said.

Grammer also confirmed that the show is “in the final stages of scripting for the first episode of the new Frasier, and it’s all looking pretty good. I’ve had a few challenges and I’ve cried, but I’m happy, you know.”

Read:  The future does not sound good for the release of Morbius in cinemas: what the predictions say

The actor reassured fans that he would still play the title character, with the reprise of the role being one of the keys to the success of the Frasier comedy revival. “The key ingredient for Frasier’s comeback is actually Frasier, honestly. It’s always been called Frasier, so it’s me, the key is me,” Grammer said with a smile.

While it’s not yet known when we’ll be able to see the show on Paramount+, Kelsey Grammer has previously given a few other hints that manage to fill in the puzzle.

Read:  The Greek whom all Romania knew as a Turk or a Roma, the actor born, not made. Jean Constantin, "all over America," did not give Constanta to

In an interview with WNBC New York, he said the character, who moved from Boston to Seattle in the original series, will end up in a new place this time around. “He thinks he’s going to leave and make good on his intentions but, of course, his life takes him in a different direction than he originally hoped,” Grammer added. “And he ends up rich beyond his wildest hopes,” the well-known and beloved actor added.

It should be noted that Grammer was also joined on the show by David Hyde Pierce (as Frasier’s brother), the late John Mahoney (as Frasier’s father), Jane Leeves and Peri Gilpin.