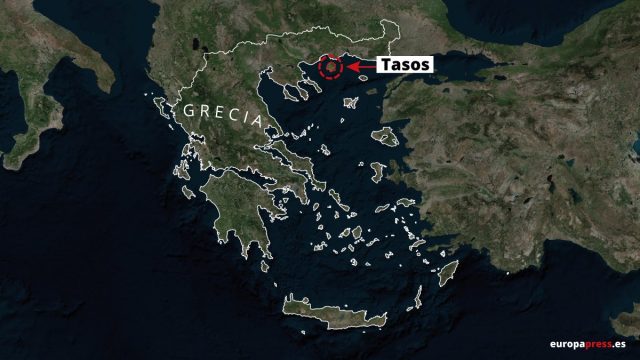 The Greek island of Thasos, tourist pole in the Aegean Sea, suffers since Wednesday night a fire that early Thursday was still out of control and has forced the evacuation of a village, because of the dense smoke that has spread over large areas.

The authorities have asked the residents of Koinira to move to other nearby areas, although they have assured that this locality is not in danger. The island is known precisely for its dense forests, although the wind has died down and, in theory, would facilitate the task of extinction.

Read:  At least 12 missing after the train accident in Germany

In these works are already involved both on the ground and by air. Two firefighters have been taken to a local medical center with minor injuries, according to the ERT television channel.

Greece has lost more than 13,000 hectares to fires this year alone. In several of the cases, it has been confirmed that they were intentional fires and in Thasos experts suspect that the flames started at two separate and close points.