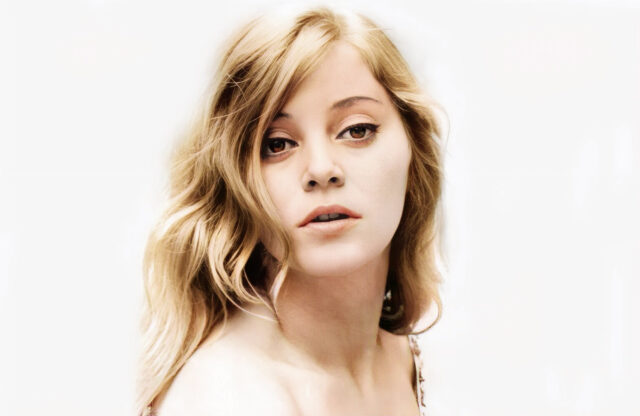 Anna Széles was considered one of the most beautiful actresses in our country. She was married to Florin Piersic and even made it to the red carpet at Cannes.

However, Anna Széles left for Hungary in 1989, leaving Romania behind and a film career that she crowned with great talent.

Actress Anna Széles was born on August 24, 1942, in Oradea, in a family of Hungarian origin. In 1989 she emigrated to Budapest, Hungary.

She completed her studies at the Academy of Theatre and Film in Târgu Mureș, and later joined the “family” of the Hungarian State Theatre in Cluj-Napoca.

In 1965, Anna Széles was a sensation at Cannes, where she appeared on the red carpet alongside Liviu Ciulei and Victor Rebengiuc, the actor with whom she starred in The Hanged Man. The film was highly praised and the production team went home with a coveted Palme d’Or award.

About her adventure in the world of film, Anna Széles said: “It happened in 1961, I was a first-year student at the Theatre Institute in Târgu Mureș and one day we met some producers from Bucharest who were looking for actors for a film.

They took pictures of all of us, we talked, and the teachers told us that we shouldn’t imagine ourselves as big stars, such auditions are given every year but no one was chosen to make a film. I didn’t know Romanian very well at the time, but I remember that when I went on stage the director told me to smile.

He spoke slowly, I didn’t understand what he was saying, and then the cameraman realized I didn’t understand and shouted at me to smile. I was so glad that I understood what he was saying, that I smiled really big and they caught this expression of mine. Then they called me to audition, I made it and in the holiday we made the film. It was called “Holiday by the Sea” and it was the first Romanian colour film on the widescreen.

My partner was Alexandru Repan. Iurie Darie was already a star and I was delighted to see him in reality and to be able to act with him, and among the actresses I remember Melania Cârje and Ileana Sandu. The film was about three girls, students, working on the seaside during their holidays to build socialism.

The boys had been preparing to go to the mountains, but ended up at the sea, and from there the action of the film began, with encounters, love, entanglements and lots of music. I have fond memories of that film, where I had to learn water skiing. I learned it well with a teacher and afterwards, when I was invited to Acapulco, I was with the festival director, directors and actors and we were watching how some people water ski.

I said I know too and they were very surprised. How, you know, where did you learn water skiing in Romania? And they brought everything there and said, no, let’s see you! And I was so nervous not to fall, but I didn’t fall, the water was clear, no waves.”

Love with “nanny” with Florin Piersic. He would have killed Angela Similea

As I mentioned earlier, Anna Széles was at one time married to the young prince of Romanian cinema, Florin Piersic. Their relationship was a “tempestuous” one, the actress being known for her jealousy of her then husband.

“I don’t even remember how I met him, I think at Buftea, at the filming, but he was married then / to Tatiana Iekel/ and I remember he kept inviting me to the theatre. Francisc Munteanu told me not to go because I would fall in love with him, but I went anyway. I saw a few shows, then nothing happened. instead, Florin always wrote me a postcard, from everywhere he went, for years.

Eight years after his divorce we made a film together, “Elixir of Youth”, and there on the set we fell in love and immediately got married. The great love lasted almost fifteen years. But during this time we lived separately, I in Cluj, he in Bucharest, and we were always hanging out, like lovers. I was employed at the Hungarian Theatre in Cluj, there I got leading roles and I was afraid that if I went to Bucharest I would only end up carrying a tray on stage. Besides, my family, my roots, were all in Transylvania. Our child stayed with me, Florin had no job, he came to visit, and that was it. Everything that was hard, school, sickness, everything I did. Alone.”

“Our divorce was civilized, but it took a long time, about five times we divorced. The problem was that Florin had gone to school with most of the lawyers in Cluj – he didn’t want a divorce – and every time he came to court he would tell the lawyers a few jokes, and they would try to convince me not to divorce. The fifth time, after paying a lot of fees, I said, Florine, let’s get a divorce, I won’t tell anyone. She told me she loved me, that she couldn’t live without me, but in the end she accepted and we parted elegantly.”

Before that, however, Anna Széles allegedly met her rival Angela Similea on the street, who was said to have been having an affair with Florin Piersic, and consequently, he would have happily pinched her out of pure jealousy. Naturally, we will never know if this is true or not, only the two artists knowing what the reality was.