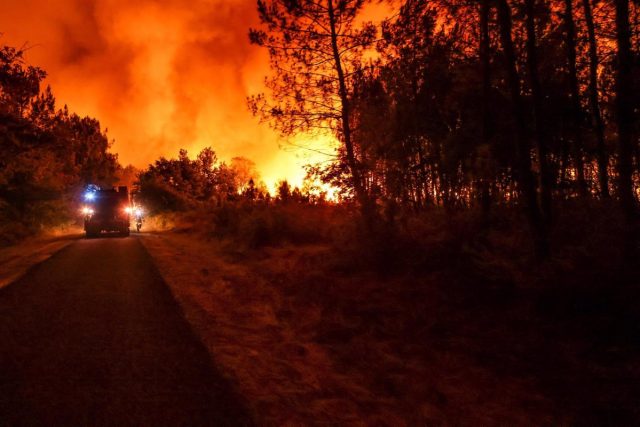 The fire that broke out on Tuesday in the French department of Gironde has not recorded “significant” progress during the night of Thursday to Friday, although the authorities have already raised to 7,400 hectares burned in recent days.

The Prefecture of New Aquitaine has warned in a statement Friday that there remains a “very severe risk” of expansion of the flames, due to the high temperatures and dryness of the terrain. Some 1,100 troops are involved in the firefighting efforts, which have also been joined by teams from several European countries.

The sub-prefect of Arcachon, Ronan Léaustic, was keen to stress that the lack of progress during the night is in itself “good news” and defended the “preventive evacuations”, affecting some 10,000 people, to avoid personal injury at all costs, according to Franceinfo.

Read:  One dead and one missing in heavy rains from extratropical cyclone in Japan

France is watching with concern the evolution of the several fires that are still active, mainly because this Friday is expected the peak of temperatures of the current heat wave.

In the department of Vandea, in the west of the country, more than a thousand people have been evacuated because of a forest fire which, according to the first indications, had a human origin, while other fires have also been recorded in the last hours in Brittany and in Jura.